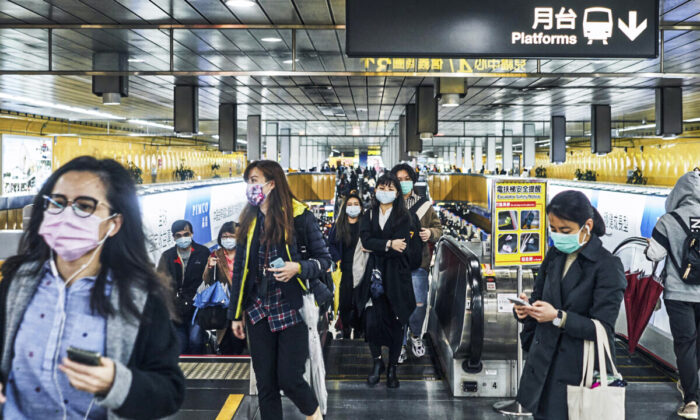 Man in Taiwan Receives $32,000 in Compensation For Developing Blood Clot After COVID-19 Vaccination

TAIPEI, Taiwan—A man in Taiwan has received government compensation of NT$900,000 ($32,320) for suffering from a rare blood clotting condition after being vaccinated against COVID-19.

The unnamed man, who lives in central Taiwan’s Taoyuan City, was suffering from thrombosis with thrombocytopenia syndrome (TTS), after getting a jab of AstraZeneca’s coronavirus vaccine, said Chuang Jen-hsiang, spokesperson for Taiwan’s Central Epidemic Command Center (CECC), during a press briefing on Nov. 3.

Chuang explained that the man was awarded compensation after local health authorities determined that there was a connection between his health condition and the vaccine. He added that another person who had received the AstraZeneca vaccine would receive government compensation in the amount of NT$10,000 ($350) for vaccine-related symptoms, including swelling and headaches.

TTS, also known as vaccine-induced immune thrombotic thrombocytopenia (VITT), can be fatal. Thrombosis is the formation of a blood clot, while thrombocytopenia is a condition where there is a significant drop in platelets count.

The syndrome is a known side effect of the AstraZeneca vaccine against the CCP (Chinese Communist Party) virus, the pathogen that causes the disease COVID-19. In July, medical journal The Lancet published a study saying that the estimated rate of TTP after the first dose was 8.1 per million vaccinated individuals.

There have been known deaths caused by TTS. In May, a woman in her 50s from Edmonton, Canada, died after getting a jab of the AstraZeneca vaccine a month earlier. In October, a woman in her late 30s from King County, Washington, died of TTS after receiving a Johnson & Johnson COVID-19 vaccine, according to The Seattle Times.

In Taiwan, the central government set up a Vaccine Injury Compensation Program in 1988 to enable individuals to “claim compensation from their local health bureau in the event of death, disability, serious illness, or an adverse reaction resulting from vaccination,” according to Taiwan’s Centers for Disease Control (CDC).

The program also provides funeral subsidies to families where an autopsy has concluded that their loved one die due to vaccination.

The two individuals that received compensation were among a total of 22 cases reviewed by the health authorities, Chuang said. Among the 22 cases, all of them were seeking compensation for the AstraZeneca vaccine, 18 cases were dismissed after determining that their health issues were not related to the vaccine.

Of the remaining two cases, one was denied compensation because the individual only had a slight fever, while another individual was given NT$5,000 ($180) in compensation after health authorities could not determine if there was any connection to AstraZeneca.