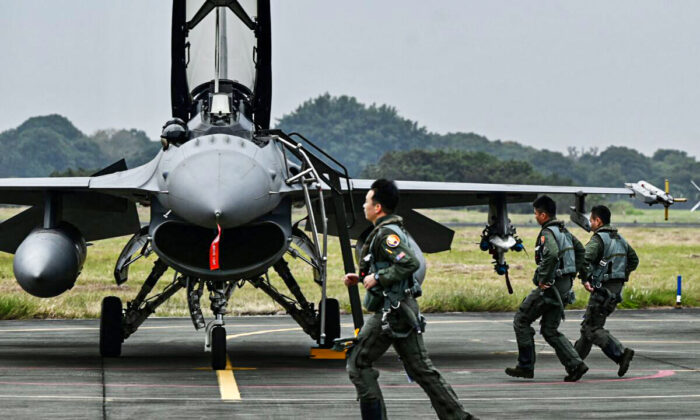 A scorched-earth policy involving Taiwan destroying its own advanced semiconductor plants in the event of a Chinese invasion would be a good deterrence strategy for the self-ruled island against warmongering China, according to a recent paper published by the U.S. Army War College.

“In practice, this strategy means assuring China an invasion of Taiwan would produce a major economic crisis on the mainland, not the technological boon some have suggested would occur as a result of the PRC [People’s Republic of China] absorbing Taiwan’s robust tech industry,” the paper’s (pdf) authors state.

The key is to make Taiwan “unwantable,” the paper states, and the economic costs would “persist for years” even after the regime in Beijing had taken over the island.

The paper, titled “Broken Nest: Deterring China from Invading Taiwan,” was published in the last 2021 issue of the institution’s quarterly journal Parameters, an official U.S. Army periodical. Jared McKinney, chair of the department of strategy and security studies at the eSchool of Graduate Professional Military Education at Air University, and Peter Harris, associate professor of political science at Colorado State University, are the authors.

The strategy centers around China’s current heavy reliance on importing semiconductors, which are tiny devices that power everything from computers, smartphones, and electric vehicles, to missiles. According to China’s state-run media, Beijing imported over $350 billion worth of chips in 2020.

That year, only 5.9 percent of semiconductors ($8.3 billion) used in China were manufactured domestically, according to a report by U.S.-based semiconductor market research company IC Insights.

In October last year, IC Insights warned that the Chinese regime believes it can solve its problem of not being able to produce leading-edge semiconductors through “reunification with Taiwan.”

China claims Taiwan as a part of its territory even as the self-governing island is a de facto independent country with its own democratically elected officials, military, and currency.

Currently, Taiwan Semiconductor Manufacturing Corp. (TSMC), the world’s largest contract chipmaker, and Samsung in South Korea are the only companies in the world capable of making the most advanced five-nanometer chips. TSMC is scheduled to produce the next-generation three-nanometer chips in the second half of this year.

As chips get smaller in size, they deliver more performance-per-watt, meaning that they run at a faster speed while consuming less power.

The paper recommends that Taiwan “destroy facilities belonging to” TSMC in the face of a Chinese invasion, given that the Taiwanese chipmaker is China’s most important supplier. The challenging aspect of the strategy would be to make the scorched-earth strategy “credible” to the Chinese regime, according to the paper’s authors.

“If China suspects Taipei would not follow through on such a threat, then deterrence will fail,” they explain.

The authors recommend that Taiwanese authorities set up an “automatic mechanism” to destroy TSMC’s plants, to be “triggered once an invasion [by Beijing] was confirmed.”

Without Taiwanese chips, China’s economy would take a hit and Beijing would be unable to maintain sustained economic growth, hurting the Chinese Communist Party’s legitimacy to rule mainland China, according to the paper.

“The purpose here must be to convince Chinese leaders invading Taiwan will come at the cost of core national objectives: economic growth, domestic tranquility, secure borders, and perhaps even the maintenance of regime legitimacy,” the authors add.

The authors offered several other recommendations that could further deter China from invading Taiwan. These include the United States threatening to lead a global sanction campaign against any chip exports to China, or giving a green light for U.S. allies such as Japan, South Korea, and Australia to develop their own nuclear weapons, if the invasion takes place.

“If penalties for invading Taiwan can be made severe and credible enough, Beijing could still be deterred from choosing such a course of action,” the paper states.

The authors also note that they were told by a Chinese analyst with ties to China’s navy that Beijing’s goal for a successful invasion of Taiwan was 14 hours, and Beijing estimated that it would take 24 hours for the United States and Japan to respond.

“If this scenario is close to being accurate, China’s government might well be inclined to attempt a fait accompli as soon as it is confident in its relative capabilities,” the authors write.

In October last year, Taiwan’s defense minister warned that the Chinese regime will be capable of mounting a full-scale invasion of the island by 2025.

“If Taiwan fell to China, a successful democracy would be extinguished, and Beijing’s geopolitical position in East Asia would be enhanced at the expense of the United States and its allies,” the authors write.