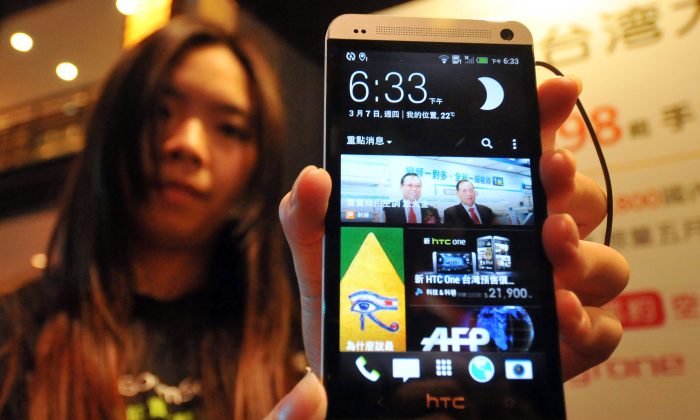 Chien Chih-lin, a high-ranking employee of Taiwanese cell phone company HTC, has been arrested for stealing company trade secrets and cooperation with the Chinese Communist Party, according to HTC chairwoman Wang Hsüeh-hung. Chien is being detained by the Taipei District Prosecution Office.

Chien is the Deputy General and Manager of HTC’s Innovation Research and Development Center.

According to the Taiwan-based China Times, Wang said that Chien, deputy general and manager of HTC’s Innovation Research and Development Center, Director Wu Chien-hung, and designer Huang Hung-yi embezzled over 10 million Taiwan dollars (US$334,140) under the guise of using outsourced labor for the design of the new HTC One smartphone. Chien Chih-lin has also been suspected of stealing the HTC Sense 6.0 User Interface software and other trade secrets.

Chien has worked for HTC for 13 years and often traveled to mainland China for product promotions. According to the Taiwanese Central News Agency, much of the HTC staff are surprised to hear that Chien is suspected of leaking trade secrets.

The two men were detained on Aug. 31 without resistance.

Chien Chih-lin, born in 1963, received a master’s degree in industrial design from Shih Chien University in Taiwan. Chien and Wu intended to give up their positions at HTC and take unreleased design projects with them for presentation to mainland Chinese firms, according to investigators. Both men claimed that the data does not constitute “trade secrets.”

The Prosecution Office states that Chien and Wu are suspected of having violated the Security and Exchange Act. According to amendments to the Trade Secrets Act that were passed this May, leaking secrets to foreign countries or the mainland may lead to a ten-year prison sentence. This case is the first to see the revised law come into use.