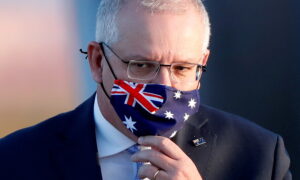 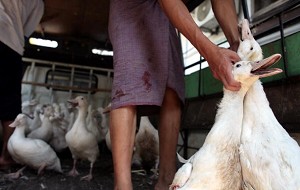 A total 9,830 ducks were euthanized in one week in a duck farm in Fanyu District, Guangdong Province (Getty Image)
China

CHINA—According to the information released on Saturday September 15 by China's Ministry of Agriculture, a suspected bird flu outbreak among ducks occurred in Guangdong Province.

According to the notice, ducks began dieing September 5 in a farm in Fanyu District, Guangdong Province, and as of September 13, a total 9,830 ducks had been euthanized in one week.

On September 14, The Animal Infectious Disease Control and Prevention Center in Guangdong concluded the virus could be a H5N1 subtype bird flu virus. A sample has been sent to the National Bird Flu Reference Laboratory for further confirmation.

The notice also stated that as of September 14, over 32,000 ducks had been euthanized to prevent the virus' spread in the local area.

According to the BBC Chinese website report, before the notice, mainland media had reported several similar cases, ducks in many local farms died quickly, but they claimed it was duck plague.

China has the largest number of poultry in the world, many of them are raised in the open, and scientists are worried that this could lead to the rapid spread of the virus.

To date, there have been 328 human bird flu cases reported around the world. Two hundred people have died from this pathogenic virus. Scientists are concerned the virus could mutate and easily spread among humans, which could lead to a global pandemic.