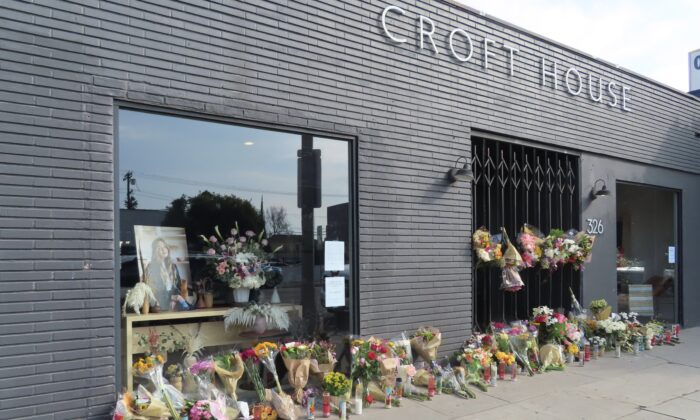 LOS ANGELES—The Los Angeles Police Department (LAPD) has identified a suspect in the fatal stabbing of a 24-year-old UCLA graduate student in the Hancock Park boutique furniture store where she worked.

Shawn Laval Smith stands 6-feet-3 inches tall, weighs 190 pounds, and is 31 years old. He should be considered armed and dangerous. If seen, people should not approach him and instead call 911, police said.

Smith is highly likely to be using public transportation. Special attention should be given to bus stops and train platforms, according to police.

Smith has been in Pasadena, Santa Monica, West Hollywood, Covina, and several other locations in Southern California along with San Diego and San Francisco, police said.

Brianna Kupfer of Pacific Palisades was found dead inside Croft House in the 300 block of North La Brea Avenue at about 1:50 p.m. Thursday, the LAPD reported.

Los Angeles City Councilman Paul Koretz asked his council colleagues earlier Tuesday to add $50,000 to the more than $200,000 from private donations raised for a reward for information leading to the capture and conviction of the man who fatally stabbed Kupfer.

“We will find this vicious criminal, we will arrest him and we will get him prosecuted to the fullest extent of the law,” Koretz said.

“But we must fight for justice for her even though nothing will bring her back. Our mission and my objective is that the perpetrator that took away Brianna from her beloved parents, colleagues, friends and our community will be permanently locked away, constantly reminded of his horrible, ugly and senseless murder of an innocent young woman who had endless potential,” he added.

Police released video Tuesday from a 7-Eleven store, showing the alleged stabber casually shopping 30 minutes after he killed Kupfer. He was also shopping at other stores before and after the killing, police said.

“This individual responsible for this vicious, senseless, and brutal crime walks amongst us. I am convinced of that,” LAPD Chief Michel Moore said.

“I am convinced of it because of the reports of his activities prior to and in the aftermath of this brutal homicide, where he visited businesses up and down La Brea and on the Beverly corridor as well. Businesses large and small.”

The man was believed to be homeless and was described as 6 feet to 6- feet-5 with a thin build and short dreadlocks, according to police. He was wearing a dark hoodie, sunglasses, a white, painters-style mask, dark skinny jeans and dark shoes. He was carrying a dark backpack.

“We do believe that the suspect is homeless, and that’s in part because he came on foot, he left on foot. He’s carrying a backpack, which is consistent with homeless people carrying extra clothing with them and sleeping out on the streets. There’s some additional information that I cannot share with you at this point,” Lt. John Radke said.

“… At 1:36 p.m. in the afternoon, Brianna was working in the store all by herself. She sent a text to a friend letting her know that there was someone inside the location that was giving her a bad vibe. Regrettably, that person did not see the text immediately,” Radke added.

Kupfer was working alone at the time of the attack. Her body was found in the store by a customer about 15 minutes after the text was sent.

“The officers met with the reporting party, a customer who had entered the store and discovered the victim deceased on the floor,” police said in a statement last week.

“Detectives have determined the suspect was not known to the victim and was a random walk-in to the store,” police said. “The suspect attacked the victim with a knife and fled the scene through the back door.

“The suspect was last seen on video surveillance, northbound in the alley to the rear of the crime scene.”