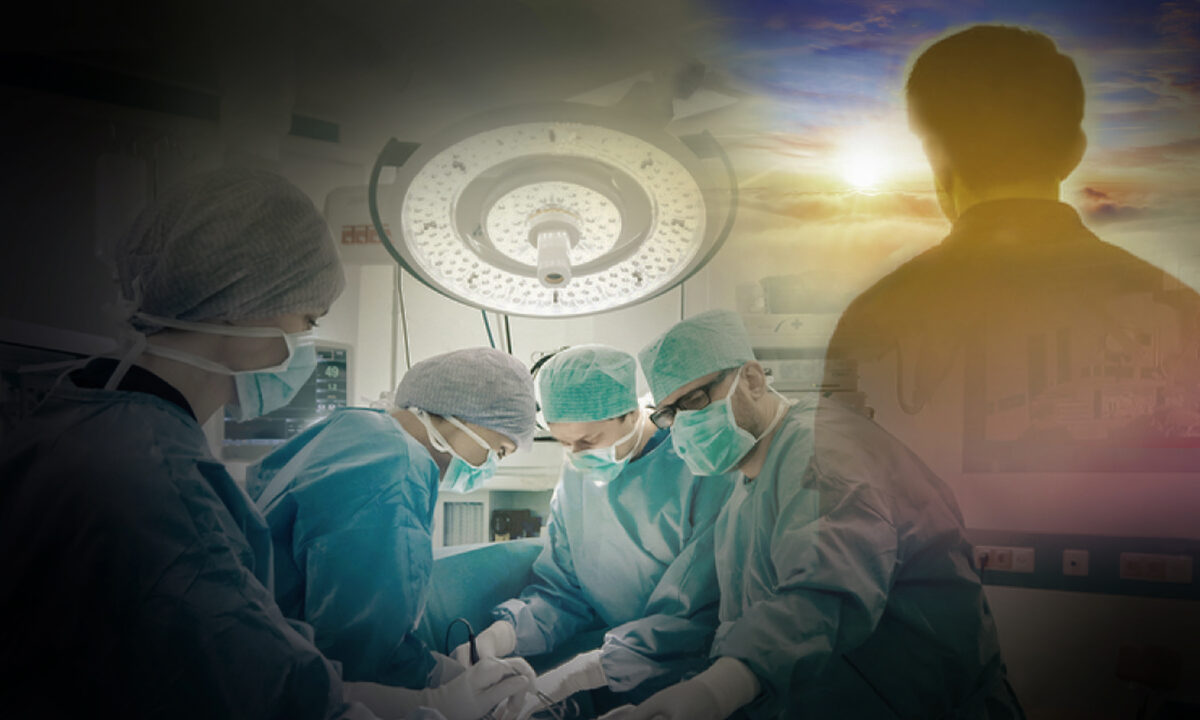 Dutch near-death-experience (NDE) researchers have compiled more than 70 cases of people who’ve purportedly left their bodies and observed scenes they could not have perceived with their physical senses.

The details of what they saw—for example, actions performed by people in the hospital—could be verified, providing perhaps some of the strongest evidence for the mind’s ability to exist outside the brain.

Titus Rivas, Anny Dirven, and Rudolf Smit published this compilation in a book titled “Wat een stervend brein niet kan” (“What a Dying Brain Can’t Do”). They are seeking funding to translate the book into English from Dutch. In the meantime, Epoch Times has translated some of the cases for presentation.

In one case, reported by cardiac surgeon Lloyd W. Rudy (1934-2012), a patient declared dead for at least 20 minutes shockingly returned to life. Not only was his revival unusual; what he had to say about the time he was dead defied conventional explanation.

Dr. Rudy graduated from the University of Washington Medical School; he was dean of the Heart Program at the University of Georgia School of Medicine; and a member of the first heart transplant team at Stanford University. One Christmas Day, Rudy and his assistant Roberto Amado-Cattaneo performed surgery to replace an infected heart valve. The patient suffered an aneurism caused by the infection and, when the surgery was complete, would not have survived without life support.

After the patient’s situation became seemingly hopeless, the surgeons wrote a death certificate, informed the man’s wife of his death, and shut down the machines.

“For one reason or another, they had forgotten to switch off the machine that measures body functions such as blood pressure,” the researchers wrote. “Also, before they had proclaimed the patient to be beyond cure, they had lowered a long tube with a microphone at the end into his body to get a precise impression of certain body functions, such as his heartbeat.

“Rudy and his assistant were already changing. They both took off their jackets, gloves, and masks and stood in the door opening. They talked about what they could have done and which medicines they could have administered to save the patient.

“About 20 to 25 minutes had passed since the patient had been pronounced dead. Suddenly, there seemed to be some sort of electrical activity … Rudy and his assistant thought it to be some kind of heart convulsions, but the activity increased and resulted in a heartbeat, first slow then quicker.”

No one had done anything to revive the patient since he was declared dead; the revival was spontaneous. It took the patient a couple of days to regain consciousness, but he made a full recovery without any sign of brain damage.

Amado-Cattaneo said, “I have experienced a few times that people recovered from a deep and long shock, but these people were still alive, whereas in this case the man had died.”

As with many who have been reported leaving the body during an NDE, the patient described a bright light at the end of a tunnel. It’s the happenings he observed within the hospital, though, that intrigue those looking to scientifically verify NDEs.

He saw Rudy and Amado-Cattaneo talking; he accurately described their position in the room and how they stood with arms folded over their chests; he saw the anesthesiologist enter the room; but most interestingly, he saw a nurse’s computer monitor with a row of post-it notes lined up one over the other. Indeed, the nurse had taken telephone messages for Rudy on post-it notes and stuck them up in this arrangement.

The authors wrote: “Rudy points out that the patient could not have seen the notes before the operation, since there had not been any unanswered calls [at that time]. Obviously, the way the post-it notes were stuck up on top of each other on the monitor was not common, and the patient could not have randomly guessed how [the nurse] had stuck up the notes in this case.

“Rudy concludes that the patient really must have been positioned above his body, because he could not have described the room and such otherwise. He thus conjectures that coincidence or normal foreknowledge could not be realistic explanations.”

Amado-Cattaneo also could not explain the phenomenon. He confirmed that the patient accurately described events he could not have seen, because his eyes were taped shut to protect the cornea during the operation.

The machines monitoring his life signs were not malfunctioning, his heart had stopped, and he showed no signs of respiration for at least 20 minutes. Amado-Cattaneo could not remember the patient’s name, however, and Rudy had already died when Rivas and his fellow researchers looked into the case further.

In a paper published in the Journal of Near-Death Studies, Rivas and Smit wrote of this case: “Of course, this case would be complete if the identity of the patient could be established so that medical records could be examined, but unless Amado-Cattaneo recalls his name, such further investigation is not feasible. However, in our view, this imperfection only slightly reduces, but in no way negates, the case as serious evidence for AVP*.”

Rivas and Smit concluded in the paper: “We believe that the accumulation of such anecdotal evidence is making it increasingly difficult to dismiss this type of case out of hand.”

*AVP stands for apparently non-physical veridical perception, a term given to perceptions that should have been impossible based on the condition and position of the experiencer’s physical body.