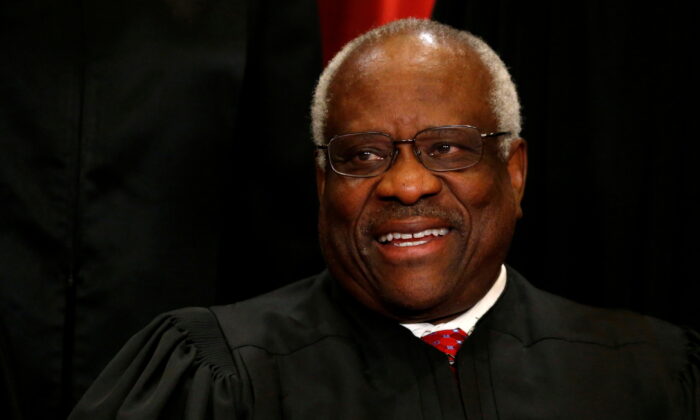 The Supreme Court voted 6–3 on June 23 to strike down New York state’s draconian concealed carry gun permitting system on constitutional grounds, recognizing for the first time a constitutional right to carry firearms in public for self-defense.

The ruling is a sweeping victory for Second Amendment gun ownership rights and may help to undo restrictive gun control laws outside New York state, possibly including so-called red flag laws, which allow the confiscation of guns in certain circumstances with limited due process.

‘Fully Applicable to the States’

The Supreme Court has been strengthening Second Amendment protections in recent years, and observers have said that the court’s six-member conservative supermajority could help expand gun ownership protections. In District of Columbia v. Heller (2008), the Supreme Court held that the Second Amendment protects “the individual right to possess and carry weapons in case of confrontation,” and in McDonald v. City of Chicago (2010), it held that this right “is fully applicable to the States.”

The ruling comes amid rising crime rates, activist demands to defund police departments, and a Biden administration push to strengthen gun control policies. A legislative package, introduced in the wake of a series of high-profile mass shootings, is moving forward in Congress.

Wayne LaPierre, executive vice president of the National Rifle Association (NRA) hailed the decision, calling it a “watershed win for good men and women all across America” and taking credit for the victory after “a decades-long fight the NRA has led.”

“The right to self-defense and to defend your family and loved ones should not end at your home,” LaPierre said.

Biden: ‘Should Deeply Trouble Us All’

President Joe Biden condemned the new ruling, which he said “contradicts both common sense and the Constitution and should deeply trouble us all.”

“I call on Americans across the country to make their voices heard on gun safety. Lives are on the line,” Biden said.

The Empire State’s gun permit law, as with laws in seven other states, generally requires an applicant to demonstrate “proper cause” in order to obtain a license to carry a concealed handgun in public.

New York makes it a crime to possess a firearm without a license, whether inside or outside the home. An individual who wants to carry a firearm outside his home may obtain an unrestricted license to “have and carry” a concealed “pistol or revolver” if he can prove that “proper cause exists” for doing so, according to state law. An applicant satisfies the “proper cause” requirement only if he can “demonstrate a special need for self-protection distinguishable from that of the general community,” according to a 1980 ruling by the Supreme Court of New York in Klenosky v. New York City Police Department.

The specific issue before the court was whether the state’s denial of the petitioning individuals’ applications for concealed carry licenses for self-defense violates the U.S. Constitution.

Oral arguments in the case, New York State Rifle and Pistol Association v. Bruen, court file 20-843, an appeal from the U.S. Court of Appeals for the 2nd Circuit, were heard on Nov. 3.

The majority opinion (pdf) was written by Justice Clarence Thomas, who declared that New York’s proper-cause requirement violates the 14th Amendment by preventing law-abiding citizens with ordinary self-defense needs from exercising their Second Amendment right to keep and bear arms in public for self-defense.

“Because the State of New York issues public-carry licenses only when an applicant demonstrates a special need for self-defense, we conclude that the State’s licensing regime violates the Constitution,” Thomas wrote, before quoting Konigsberg v. State Bar of California (1961).

It makes no sense to deny Americans the ability to defend themselves outside their homes, he said.

‘Hard to Imagine the Furor’

In a concurring opinion, Justice Samuel Alito wrote that in 1791 when the Second Amendment was adopted, “there were no police departments, and many families lived alone on isolated farms or on the frontiers. If these people were attacked, they were on their own. It is hard to imagine the furor that would have erupted if the Federal Government and the States had tried to take away the guns that these people needed for protection. Today, unfortunately, many Americans have good reason to fear that they will be victimized if they are unable to protect themselves. And today, no less than in 1791, the Second Amendment guarantees their [rights].”

“In 2020, 45,222 Americans were killed by firearms. Since the start of this year (2022), there have been 277 reported mass shootings—an average of more than one per day. Gun violence has now surpassed motor vehicle crashes as the leading cause of death among children and adolescents. Many States have tried to address some of the dangers of gun violence just described by passing laws that limit, in various ways, who may purchase, carry, or use firearms of different kinds. The Court today severely burdens States’ efforts to do so.”