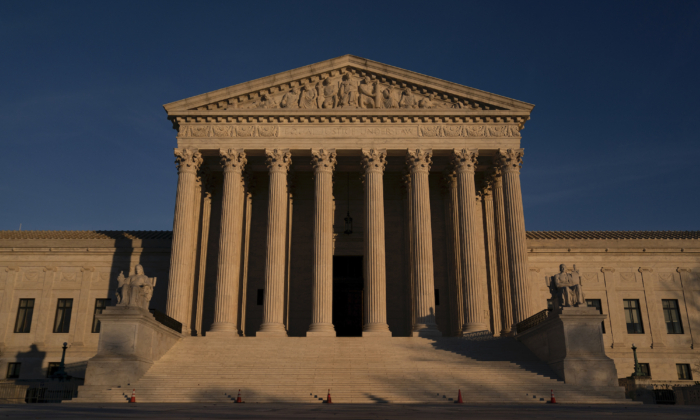 The Supreme Court on Feb. 26 told California’s Santa Clara County that it may not enforce a ban on indoor religious services in response to the CCP virus pandemic.

Earlier this month, the Supreme Court told California that indoor church services cannot be banned because of the pandemic. The justices at the time allowed the state to cap attendance to 25 percent capacity and to prohibit singing and chanting

Santa Clara argued that a ban and limitations on any indoor gatherings should be allowed to stand. The county said its restrictions for churches were the same as those imposed on other establishments, including retail stores, where people can visit but not gather in groups.

The justices’ unsigned order Friday said that their action was “clearly dictated” by their order from earlier this month. The court’s three liberal justices dissented.

Santa Clara had told the court in a letter Thursday that coronavirus cases in the county have recently continued to decline and that it was already close to lifting its ban on indoor gatherings. If the data continued the positive trend, the letter said, the county expected to allow all indoor gatherings, subject to restrictions, as soon as next Wednesday.

The Supreme Court paved the way for Friday’s ruling with two opinions issued earlier this month siding with churches that protested against California’s ban on indoor worship.

Chief Justice John Roberts wrote at the time that while there was a scientific basis for barring singing and chanting, there was none for banning indoor services altogether.

“The state has concluded, for example, that singing indoors poses a heightened risk of transmitting COVID-19. I see no basis in this record for overriding that aspect of the state public health framework,” Roberts wrote. “At the same time, the state’s present determination—that the maximum number of adherents who can safely worship in the most cavernous cathedral is zero—appears to reflect not expertise or discretion, but instead insufficient appreciation or consideration of the interests at stake.”