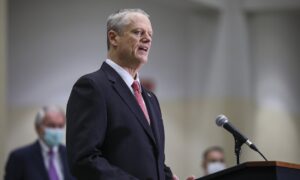 The Supreme Court on Monday has backed a bid by oil and gas companies to keep a lawsuit against them in the federal courts after a lower federal court ruled that the case should be heard in a state court.

The oil and gas companies, including Shell, BP, ExxonMobil, and Chevron, had asked the nation’s top court to resolve the dispute after the 4th Circuit Court refused to fully review a ruling on appeal from a district court that ordered the case to be moved to the state court.

The majority panel of the Supreme Court in a 7-1 ruling held that the 4th Circuit Court was mistaken in its interpretation of that provision. Justice Sonia Sotomayor dissented.

“The Fourth Circuit erred in holding that it was powerless to consider all of the defendants’ grounds for removal,” Justice Neil Gorsuch wrote for the majority panel (pdf). “Removal” is the procedure where a case in a state court is transferred to a federal court.

Although the majority ruled in favor of the energy companies on that question, it rejected the companies’ request to consider the other grounds for appeal in the case. Instead, the panel sent the case back to the 4th Circuit for another review.

The case stems from a dispute between Baltimore’s mayor and city council and the energy companies. The city sued the energy companies in the state courts for damages they are claiming are the result of past and future global climate change. They alleged the companies have for decades continued to promote their product, fossil fuels, while engaging in a “coordinated campaign” to “discredit the growing body of scientific evidence documenting the catastrophic future impacts of fossil-fuel-triggered climate change.”

The Supreme Court on Monday said it is not currently going to rule on the merits of the city’s case. The challenge instead focused on the procedure of transferring state cases to the federal courts. The energy companies asked to move the case to the federal court, while the city sought to send the case back to the state courts.

In this case, the energy companies argued that the case should be heard by a federal forum because some of their actions that are being challenged, such as exploration, drilling, and production operations, took place at the direction of the federal government. They called on a law known as the federal officer removal statute for the transfer, arguing that the city was attempting to hold the companies accountable for work directed by federal officials.

The Supreme Court said it decided to hear the case because they noticed a circuit split. They found that the 7th circuit, for example, had applied a different interpretation to the same federal law compared to the 4th circuit in a separate case.

Sotomayor disagreed with the majority panel, arguing that the court’s decision lets “the exception swallow the rule.”

“That interpretation lets defendants sidestep §1447(d)’s bar on appellate review by shoehorning a §1442 or §1443 argument into their case for removal,” she wrote in her dissent.

Justice Samuel Alito did not participate in the case.