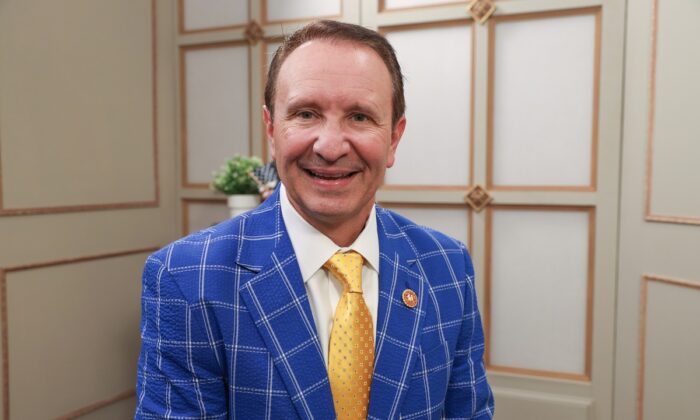 The subpoenas and discovery requests sent out as part of a lawsuit against the federal government are going to bring back reams of information, Louisiana Attorney General Jeff Landry says.

Landry and Missouri Attorney General Eric Schmitt, both Republicans, sued the Biden administration in May, arguing the government colluded with Big tech companies to violate the constitutional rights of Americans.

U.S. District Judge Terry Doughty, a Trump appointee, recently ruled in favor of the plaintiffs. Government officials like Dr. Anthony Fauci and companies including Facebook were served soon after.

“We’ve got a treasure trove of information that we think are going to come to us here shortly,” Landry said on EpochTV’s “American Thought Leaders.”

Government officials have said they have not acted improperly.

Officials have for years commented on how social media platforms operate, and the federal government is not responsible for how platforms moderate content, U.S. lawyers said in a filing in the case, Missouri and Louisiana v. President Biden et al.

“Those companies independently chose to combat misinformation years ago, before this administration took office, and before the federal officials sued here made the comments at issue. Indeed, although the Complaint cites numerous statements by government officials, it does not identify how those statements are connected to the moderation decisions that purportedly harmed their resident,” they said.

The government is seeking to dismiss the case.

Landry said that the government is violating citizens’ rights by pressuring companies to ban or take other punitive action against users. In a separate case, documents released this month showed U.S. Centers for Disease Control and Prevention officials highlighting specific posts in messages to Twitter executives while complaining about alleged misinformation from those users. Whistleblower documents released by two U.S. senators in June, meanwhile, showed that U.S. officials had been in touch with Twitter over purported disinformation.

“I think what we found, and what the whistleblowers put out, was that the government was actually engaged, and the White House, in directly communicating with Big Tech on stories and information that they either wanted suppressed or put out,” Landry said.

His office, after putting out a call for information from people who have been censored in some way by platforms, has also collected a number of examples. Those may be used in the suit in question, as well as other suits with which he’s involved.

Landry himself has witnessed censorship from Big Tech, with his posts initially drawing many shares, but engagement quickly falling off.

“We’re trying to get information out to our constituency in a medium—I guess you would say, in a new medium—under which everyone is using more than the other, traditional mediums,” Landry said. “And they are creating a filter between us and our constituents.”