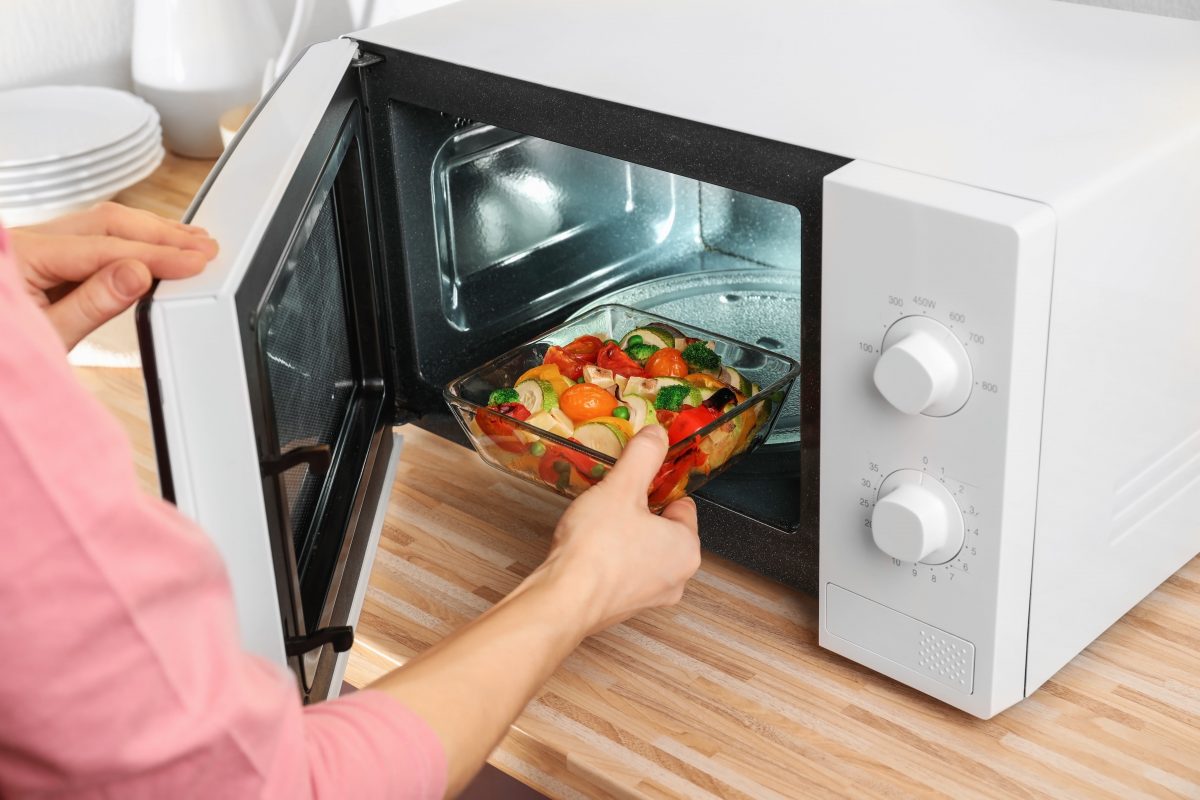 Vegetables include sensitive compounds like amino acids, vitamins, and phytonutrients that are damaged more severely by microwaving than other forms of cooking. (Africa Studio/Shutterstock)
Health

The speed and convenience of microwaves comes at a price we are just beginning to uncover
TIMESeptember 18, 2019 PRINT

Did you know that microwaving your food is one of the most damaging things you can do to reduce food quality and nutrition?

I can remember the days growing up in the 1950s and 1960s, when we prepared foods without a microwave oven. Water was boiled on the stove. Chicken was baked in an oven. Vegetables were steamed, baked, or sautéed. Food was whole and fresh. Even a TV dinner was baked in the oven, which took about 15 minutes to warm.

And then, modern science and technology brought us the microwave oven that could heat food rapidly, from 30 seconds to a couple of minutes.

The industry has claimed that microwave cooking protects the nutrient content of foods. Somehow, in tasting foods that came out of a microwave oven, the texture was changed, as was the flavor. Foods cooked or reheated in microwave ovens became rubbery and lacked the savory smells and layered flavors that come from cooking foods slower and longer.

Does this mean an occasional microwaved meal will be harmful? Not likely. But what about a steady diet of eating foods cooked at such a high heat? Do the sensitive compounds in food, such as amino acids, fatty acids, vitamins, and phytonutrients change? It appears so. Read on to follow the scientific literature surrounding the depletion of our soil, foods, and health as a result of modern farming, food processing, microwave cooking, and not eating enough fresh, natural, uncooked, organic whole foods.

The Stanford study found more damage was done to the milk by microwaving than by other methods of heating, concluding: “Microwaving appears to be contraindicated at high-temperatures, and questions regarding its safety exist even at low temperatures.”

Needless to say, we don’t recommend cooking food in microwave ovens, though mildly heating leftovers may not pose the same problems as discussed above.

In other cases, the problems outweigh the convenience. Microwaving fatty foods in plastic containers leads to the release of dioxins (known carcinogens) and other toxins into your food. Common microwavable foods include pizzas, chips, and popcorn. Chemicals released include polyethylene terephthalate, benzene, toluene, and xylene.

Additionally, microwaving creates new compounds that aren’t found in humans or in nature, called radiolytic compounds. We don’t yet know what these compounds are doing to your body, but they aren’t health-promoting.

Eating fresh, uncooked, or minimally heated fruits and vegetables, nuts and seeds, herbs and spices is the basis of my Eating for Health meal plan. With whole grains and legumes, cooking them on a stovetop by boiling and simmering them until tender is advised.

For flesh foods, steaming, sautéing, baking, or blending into slow-cooked crockpot soups and stews is advised. Dairy products, such as milk cheese, from goats, cows, or sheep, are most nutrient-rich when unheated. Raw, organic cheese is best added to salads or warm grains, legumes, or vegetables without heating the dish in a high-heat oven, broiler, or microwave oven.

Edward Bauman holds a master’s in education and a doctorate in health promotion. Bauman is the founder and president of Bauman College Holistic Nutrition and Culinary Arts. After three decades of in-depth study of worldwide health and nutrition systems, Bauman created the ‘Eating for Health’ (E4H) nutrition system, which is the foundation of the Bauman College Nutrition and Natural Chef Training Programs. This article was originally published on GreenMedinfo.com