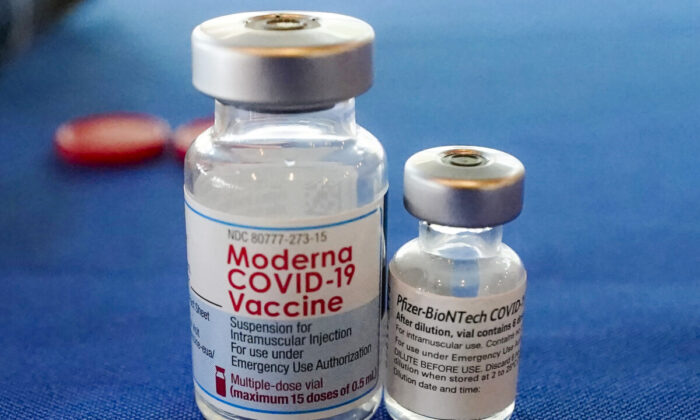 A group of students at St. John’s University (SJU) in New York are suing the school over its COVID-19 vaccination requirement, which they say violates their religious belief regarding abortion.

The 17 students filed the lawsuit against the Manhattan-based Catholic university in Suffolk County Supreme Court. They are seeking $2.75 million in damages, barring a change in the university’s position, according to the New York Post.

In the court papers, the students said that the COVID-19 vaccines that are being administered in the United States were tested by using “aborted fetal tissue or human embryonic stem-cell derivation.”

According to a report published by the British Medical Journal, the Johnson & Johnson vaccine’s manufacturing process used cell lines derived from elective abortions performed decades ago. The other COVID-19 vaccines being used in the United States, by Pfizer and Moderna, used these cell lines in testing but not in production.

“As a devout Roman Catholic, I believe life is precious. In the Ten Commandments, it says, ‘Thou Shall Not Kill,'” one of the suing students told the Post.

While SJU does offer religious exemption to the vaccination requirement, it has rejected the suing students’ requests, saying there are questions about “the genuineness of their purported religious beliefs.”

“Numerous applications were denied because the students appeared to have submitted materials purchased from the Internet, or copied verbatim from online sources, which called into question the genuineness of their purported religious beliefs,” an SJU official told the Post.

In a similar case, four female students last month sued Creighton University, a Jesuit Catholic institution in Nebraska, for refusing to grant them religious exemptions to its COVID-19 vaccine mandate. The women argued that even remote cooperation with abortion would violate their conscience.

“The use of fetal tissue, fetal cells, or any product of abortion in the development or testing of a vaccine or any medical treatment, is abhorrent to me,” a student wrote in an affidavit. “This is a sincerely held religious belief, which impacts my moral and ethical views of the world.”

According to the court filings, Creighton initially offered a medical exemption and a temporary exemption while the vaccines were under emergency use authorization by the federal government. The students were given a temporary exemption, which expired on Aug. 23, when the Pfizer-BioNTech vaccine received formal federal approval.

In a Sept. 22 decision, a judge rejected the students’ request for a temporary order blocking the vaccine mandate, saying that their case would likely fail because they had accepted the temporary exemption.