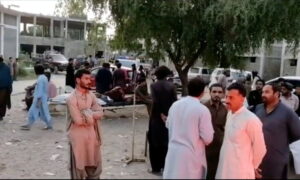 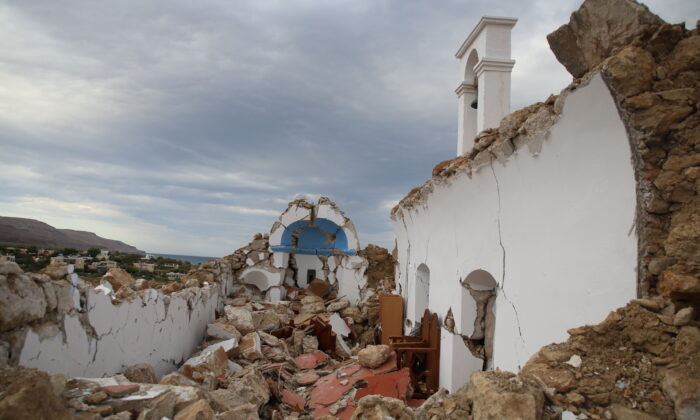 A view of a destroyed chapel following an earthquake is shown in the village of Xerokampos on the island of Crete, Greece, on Oct.12, 2021. (Stringer/Reuters)
Europe

ATHENS—A powerful earthquake rattled Crete on Tuesday, causing minor damage on the Greek island in the Mediterranean, and the tremor was felt as far away as Cyprus.

There were no immediate reports of casualties after the magnitude 6.3 tremor, which the Athens Geodynamic Institute said was centered at sea about 23 km (14 miles) east of the village of Zakros in eastern Crete.

The quake, which was shallow at a depth of 2 km (1.2 miles), was felt by residents of the island of Rhodes and by people living in high-rise buildings in Cyprus, 600 km (373 miles) east of Crete.

Pictures on social media suggested a chapel collapsed in the village of Xerokampos, in eastern Crete.

“We don’t have reports of injuries,” a fire brigade official told Reuters. “There might be some minor damages to old buildings.”

Many people in Crete’s main city Heraklion rushed outdoors, after the second tremor since a quake last month measured magnitude 5.8 shook Crete and killed one person.