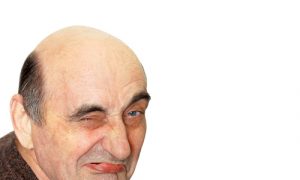 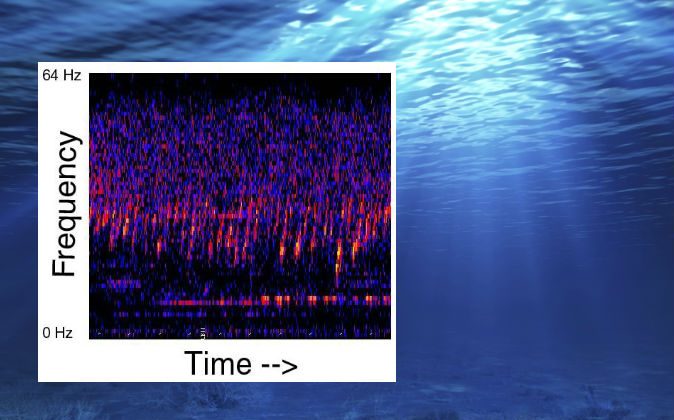 The Upsweep sound detected in the Pacific Ocean. (NOAA; background image via Thinkstock)
Beyond Science

An unexplained sound has permeated the water from one end of the Pacific to the other since 1991. What could it be?

It isn’t whales or ship vibrations or any of the other usual suspects making this noise in the ocean. In 1991, scientists first detected what has become known as the Upsweep.

The National Oceanic and Atmospheric Administration (NOAA) describes Upsweep: “It consists of a long train of narrow-band upsweeping sounds of several seconds duration each.” It’s been detected from one end of the Pacific to the other, a huge range.

The Upsweep is played at 20 times normal speed.

The US Navy had never seen this signal before in its decades of listening under the waves, according to a 2002 New Scientist article. Upsweep was heard straight across the Pacific, ruling out certain localized or small-scale sources.

The sound persisted, with a peak in strength in 1994. Since then, it has been subsiding, though it remains audible, reports the National Oceanic and Atmospheric Administration (NOAA). It seems to peak in the spring and fall. This could be related to the source of the sound, or it may simply be that the sound travels better in the aquatic environment at these times for whatever reason, says NOAA.

In 1996, they hypothesized that it may be the sound of seawater coming into contact with a large pool of lava, explained New Scientist. They used seismometers to trace where the sound may be coming from, concluding that it may originate in the remote southern Pacific. NOAA states that the source may be in this region, at the location of inferred volcanic seismicity. “But,” notes NOAA, “the origin of the sound is unresolved.”

Another theory was explained by Christopher Fox, who studied the sounds as director of NOAA’s acoustic monitoring project. The movement of water can make noise like the movement of wind and currents may be responsible.

Until the mystery is solved, many theories will continue to excite human curiosity—could it be an unknown species of sea creature? Could it be a geological oddity or undiscovered phenomenon? Some explanations are more likely than others, but with 95 percent of the world’s oceans unexplored by humans, the possibility of discovering something new is ever-present.

Mysterious noises of the deep have perplexed scientists before, but were eventually explained. For example, the Bloop was a loud, ultra-low frequency sound heard in 1997 across some 3,000 miles of the Pacific. NOAA later discovered that it was the sound of an icequake created by the cracking and melting of sea ice and the calving of glaciers.

The Bloop is played at 16 times normal speed.