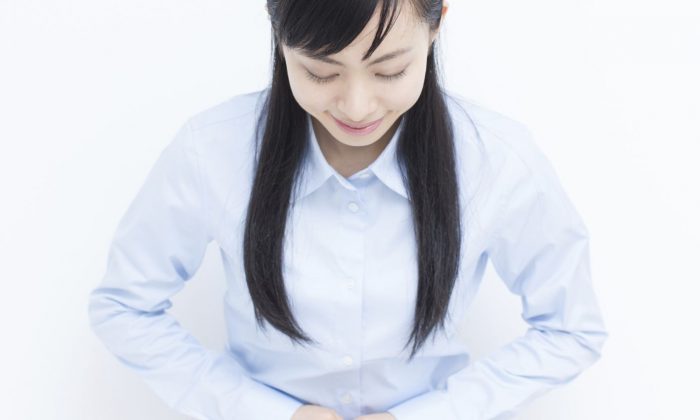 A young lady bows to express respect and gratitude to her teacher. The “one-word teacher” story advises people to humbly accept good advice and not to attach importance to their own or others’ social status or age. (Violet Blue/Photos.com)
China

The Chinese saying 一字之師 (yī zì zhī shī), also expressed as 一字師 (yī zì shī), literally means a “teacher of one word,” or “teacher of one [Chinese] character.” It describes a person of skill whose masterstroke completely transformed a piece of writing just by improving or correcting a single word.

One morning, after a night of heavy snow, Qi Ji discovered that the plum blossoms on several branches had already opened. He decided to write a poem titled “Early Plum.”

Two lines of the poem read, “In the village ahead in the deep snow, last night several branches blossomed.”

Qi Ji was very pleased with his poem and happily showed it to his friend Zheng Gu (鄭谷), also a poet, to ask for his advice.

Zheng Gu studied the poem and suggested, “If several branches have already blossomed, then it cannot be said to be ‘early.’ How about changing the word ‘several’ to ‘one,’ to make it even more appropriate?”

Indeed, his revision of just one word was the finishing touch that made all the difference. Qi Ji sincerely thanked Zheng Gu and bowed to him to express gratitude and respect. Later, people praised Zheng Gu as Qi Ji’s “one-word teacher.”

In the history of Chinese literature, there are many similar stories that honour those who made a brilliant last touch to improve or correct a composition.

Expressing Gratitude for an Error Correction

Another such story is about Li Xiang (李相), a high-ranking Tang Dynasty military officer.

Li Xiang loved to read, especially the ancient classic “Chunqui” (春秋). One day, he was reading the book out loud and mispronounced the last character of the name of historical figure Shu Sun Chuo (叔孫婼).

He noticed an unnatural expression on the face of a subordinate nearby. Li Xiang was puzzled and asked his subordinate why.

Reluctant to point out his superior’s error, the subordinate bowed and replied, “I thought I heard the general pronounce the word 婼 (chuò) as 若 (ruò), and realized I had mispronounced this word in the past. Therefore, I felt ashamed.”

Li Xiang thought he had pronounced the word correctly based on the Tang Dynasty dictionary “Jing Dian Shi Wen” (經典釋文), literally “explanatory writings on the classics and canons,” but he was uncertain.

“Perhaps I made a mistake,” Li Xiang said. He took the dictionary from the bookshelf, wanting to study it together with his subordinate. Seeing Li Xiang’s genuine attitude and open-minded willingness to learn, his subordinate then had the courage to correct Li Xiang’s error.

Li Xiang was very grateful to his subordinate. To show his gratitude, he immediately observed the formal ceremony of honouring a teacher.

Placing his own chair against the north wall, Li Xiang asked his subordinate to take a seat and then he himself knelt and kowtowed to his subordinate, respectfully addressing him as his “one-word teacher.”

The story of the “one-word teacher” advises people on the correct attitude toward learning: We must not attach importance to our own social status or age. Instead, we should regard as teacher those who have richer knowledge than ourselves on a topic, and we should humbly seek their advice.