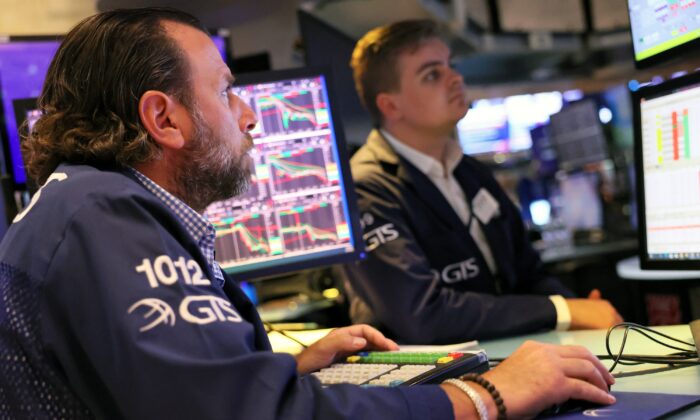 Stocks Fall, Indexes Slip Deeper Into the Red for the Week

Stocks gave up more ground Thursday, leaving major indexes on Wall Street deeper in the red for the week.

The S&P 500 fell 1.1 percent after another wobbly day of trading. The benchmark index is now down 4.1 percent for the week following the biggest pullback for the market in more than two years on Tuesday.

New retail sales data gave a mixed view of how consumers are coping with the hottest inflation in four decades. The government report showed that retail sales rose an unexpected 0.3 percent in August after falling 0.4 percent in July. Inflation hurt several areas of spending, though, with business at restaurants still growing, but at a slower pace, while furniture and online sales fell.

Consumer spending has been a strong point in the broader economy, along with employment, as inflation continues to squeeze businesses and consumers. High prices and the Federal Reserve’s aggressive plan to raise interest rates as a solution remains Wall Street’s main focus. Investors also worry the Fed’s rate hikes will tip the economy into a recession that could hurt company earnings.

“The market has to contend with rapidly tightening monetary conditions, which tend to take time to flow through to the real economy,” said Bill Merz, head of capital market research at U.S. Bank Wealth Management. “There’s an element to this of uncertainty around just how much additional on-the-ground impact will be felt in the real economy by restrictive monetary policy and I don’t think we really know that yet.”

Technology stocks were among the biggest weights on the broader market. Adobe slumped 16.8 percent, the largest drop among S&P 500 stocks, after the software maker announced a $20 billion acquisition of a design company and issued a disappointing revenue forecast.

Railroad operators mostly edged higher after a tentative labor agreement was reached, averting a strike across the country that could have been devastating to the economy. Union Pacific rose 0.2 percent and Norfolk Southern gained 0.3 percent. CSX fell 3.4 percent.

A hotter-than-expected August report on consumer prices Tuesday spooked the market and dashed hopes that the Fed might consider easing its rate hikes. It was followed on Wednesday by a report that wholesale prices are still rising.

Investors worry rate hikes by the Fed could go too far in slowing the U.S. economy and send it into a recession. The central bank has already raised its benchmark interest rate four times this year, with the last two increases by three-quarters of a percentage point. Traders now see a 1-in-5 chance the Fed may hike its benchmark rate by a full percentage point next week, quadruple the usual move, according to the CME Group.

“We haven’t had any data so far that suggests the Fed has what it needs to start moderating their positioning, so for the time being, we still anticipate aggressive monetary policy and aggressive tightening,” Merz said.