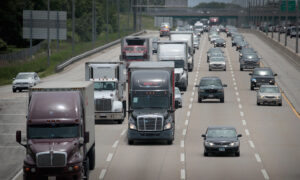 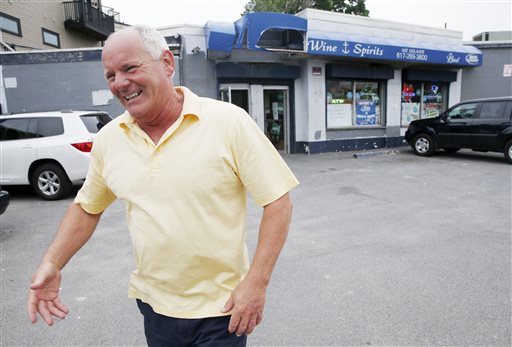 Stephen Rakes smiles after greeting an acquaintance outside the liquor store he once owned in the South Boston neighborhood of Boston, Thursday, June 6, 2013. Four decades after Boston crime boss James "Whitey" Bulger first rose to power, "Southie" is not what it used to be. The once blue-collar, Irish-Catholic neighborhood, is now an ethnic melting pot that has been invaded by young urban professionals who have gentrified the area and smoothed out its once-rough edges. (AP Photo/Michael Dwyer)
US

Stephen Rakes, a potential witness in the James “Whitey” Bulger trial, was found dead last month, and the local District Attorney’s office ruled that he was poisoned via cyanide, stressing it was likely a homicide.

William Camuti, 69, faces attempted murder and other charges in Rakes’ death, the Boston Globe reported. He was not charged with murder because a toxicology report for Rakes’ body needs to come back first, according to NECN.

Ryan told the Globe that the charge will be upgraded to murder when an autopsy is completed.

The Globe said that he was poisoned via potassium cyanide that was placed in his iced coffee at McDonald’s. Rakes was lured to the McDonald’s in Waltham, Mass., the paper reported.

The funeral for Rakes, known as “Stippo,” was held last week. Rakes openly expressed his disdain for Bulger, who headed the notorious Winter Hill gang in Boston. He was going to testify that Bulger threatened to shoot his daughter to turn over his store for $100,000 because Bulger wanted to make it his headquarters.

“He lived for his family. He was very good to myself and the rest of the people around him, and he worked hard all his life,” acquaintance Raymond Muise of Dorchester told the Boston Herald.

Rakes’ body was found in the woods in Lincoln, Mass., a day after he drank the iced coffee.

Officials said that Rakes has been involved in a number of business deals over the years, according to CBS Boston.

“The day I see him in a box, not breathing, will be better,” Rakes told The Associated Press in April after he saw Bulger in a courtroom.

According to NBC News, Bulger associate Kevin Weeks testified that Rakes was trying to sell his store and wanted to charge the gangsters more money, which caused a confrontation. Bulger then allegedly pulled out his gun.