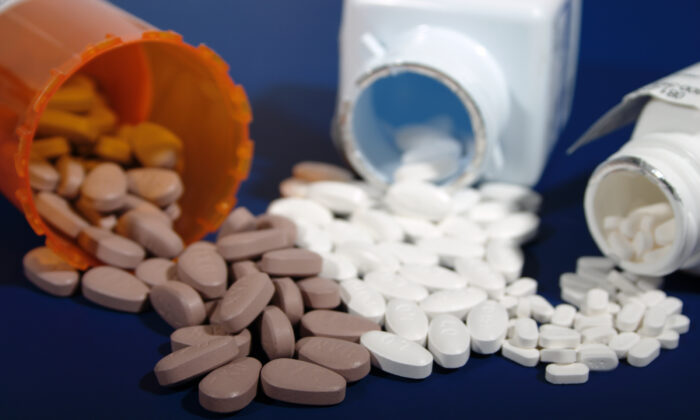 Statins Do More Harm Than Good

Amid the pandemic media storm in January 2021, a study1 published in the journal Atherosclerosis quietly revealed that people taking statin medications had a higher rate of cardiovascular events than those who were not on statins.

In the study, the researchers separated the participants by assigning them a coronary artery calcium (CAC) score. This is a noninvasive CT scan designed to detect plaque buildup in your coronary arteries. It is also called a cardiac calcium score, calcium scan or Agatston score.

Doctors use this score to calculate your risk of developing coronary artery disease as it measures calcified plaque within the arteries. Data has shown your risk of heart disease correlates with this score. The lower the score, the less likely you are to have a cardiac event when compared against other men and women your age. The score ranges from zero to over 400.

Doctors consider a CAC test if you are between 40 and 70 with an increased risk for heart disease but do not have symptoms. People with a family history of heart disease, who are a past or present smoker, are overweight, are inactive or have a history of high cholesterol, diabetes or high blood pressure have factors that increase their risk of heart disease.

Yet, not all physicians use the CAC score as recommended. Writing for the Texas Heart Institute, the assistant medical director, Dr. Stephanie Coulter, says, “When my high-risk patients are not taking their cholesterol-lowering statin medicine, the calcium score can be a very powerful motivator for them to follow my professional advice and prescription.”

However, further into her article, she stresses the test is only appropriate for moderate-risk patients, and those with a low or high risk of heart disease do not benefit from the scan. The study published in Atherosclerosis indicates that even with a high CAC score, taking statins does not reduce your risk of a cardiovascular event and may, in fact, increase it.

The researchers were working under the premise that statins do not decrease the CAC score and may increase calcification. They used the prognostic significance of CAC when compared against statin users in 28,025 patients ages 40 to 75 years. The researchers adjusted the data for traditional cardiovascular disease risk factors and examined the performance of CAC volume, density and area.

Nearly 11 months after the results were published, Tucker Goodrich extracted the data from Table 1 into a graphic representation that demonstrated only in the highest CAC score range of 400 or greater were the data nearly identical between those taking statins and those not taking statins. Otherwise, those taking statins always had more cardiac events than those who weren’t. The researchers concluded that:

The researchers acknowledged that true to the recommended use of CAC scoring, only a baseline score was known, so they were unable to evaluate whether statins influenced the progression of calcification. There was limited race and ethnic diversity within the study group.

Yet, despite the limitations of the design and the results, they believe the analysis used data from one of the largest samples available to date and provides “both real-world and investigational support for the role of CAC in risk stratifying patients taking statins.”

Tucker Goodrich quotes from an article in the American College of Cardiology published January 2021, in which the writers analyzed the data. They wrote:

“The findings confirm that CAC does have prognostic value among statin users, although the association is attenuated. Complicating interpretation is the inclusion of only fatal events and the relatively elevated, but still low, mortality rate in statin users versus non-users with a zero CAC score.

A key mechanism underlying this phenomenon is that statins increase plaque density thereby paradoxically raising the Agatston CAC score — as density is upweighted.”

There appears to be some discrepancy. First, the data that show people with a CAC score of zero — no plaque and low risk — were inexplicably taking statins. Secondly, the study acknowledges that there was one baseline CAC score taken, so how much the plaque density increased or didn’t increase in this population could not be ascertained.

And finally, the raw data showed people on statins died more frequently than those who didn’t take the drug in nearly every CAC category. However, the writers postulated that the increasing plaque density that raises the CAC score may be overcome by expanding the scoring method and investigating the protective role that densely calcified plaque may play in cardiovascular health:

“However, this is hampered by a current lack of reference values, limited supportive research, and validation; implementation limitations include software update requirements and standardization.”

In other words, expanding the CAC scoring, which should be taken before prescribing statins and is not recommended as a follow-up since it exposes patients to the same radiation as 10 X-rays, may possibly alter the results enough that it reflects greater benefit to using statins.

Statins Are More Than a Colossal Waste of Money

Despite decades of statin drug use and vilification of saturated fats and cholesterol, heart disease remains the No. 1 cause of death. Although the researchers in the featured study do not mention it, their data support past research that shows statins are a colossal waste of money, and likely more.

In 2014, Maryanne Demasi, Ph.D., produced a documentary, “Heart of The Matter: Dietary Villains.” The film exposed the myths behind the statin fad and the financial links that drove the industry. It was so thorough that vested interests convinced ABC-TV to rescind the two-part series and got the documentary expunged.

Since the release of that documentary, the evidence against the cholesterol theory and statins has only grown. Dr. Malcolm Kendrick, a general practitioner with the British National Health Service, expressed his disbelief at how widely statins are used despite research evidence they are not effective, and possibly worse. He wrote:

“New research shows that the most widely prescribed type of drug in the history of medicine is a waste of money. One major study found that the more ‘bad’ cholesterol was lowered, the greater the risk of heart attacks and strokes.

In the midst of the COVID-19 pandemic, almost every other medical condition has been shoved onto the sidelines. However, in the UK last year, heart attacks and strokes (CVD) killed well over 100,000 people — which is at least twice as many as have died from COVID-19.

CVD will kill just as many this year, which makes it significantly more important than COVID-19, even if no one is paying much attention to it right now.”

What data have demonstrated is that statin medications are not inert, and in fact can damage your health while not protecting your heart. One of the side effects of lower cholesterol levels is impaired cognitive performance.

One study showed patients with mild cognitive impairment had double the risk of dementia when using lipophilic statins, such as atorvastatin (Lipitor), simvastatin (Zocor), Fluvastatin (Lescol), and lovastatin (Altoprev), which dissolve more readily in fats.

This Harvard article claims those same drugs that increase the risk of dementia may lower your risk of liver cancer, which is not a choice any patient should have to make. There is also evidence to suggest people taking statins have twice the risk of being diagnosed with diabetes than those who do not and taking the drug for longer than two years triples the risk. One of the scientists from The Ohio State University explained in a press release:

“The fact that increased duration of statin use was associated with an increased risk of diabetes — something we call a dose-dependent relationship — makes us think that this is likely a causal relationship.”

Your Body Requires Cholesterol to Live

However, damage to the arterial walls can be induced by several factors, including high blood pressure, inflammation, elevated blood sugar and smoking. Once damaged, plaque begins to build up as a protective mechanism. The problem arises when the rate of damage and result in clot formation outpace your body’s ability to repair it.

Instead, it’s crucial that you understand how important cholesterol is to the human body. In fact, according to Zoe Harcombe, Ph.D., nutritional researcher, author and public speaker, “If you had no cholesterol in your body, you would be dead.”

How to Identify and Lower Your Risk for Heart Disease

Using simple strategies at home may help normalize your cholesterol and blood sugar levels. I believe a total cholesterol measurement has little benefit in evaluating your risk for heart disease unless the total number is over 300.

In some instances, high cholesterol may indicate a problem when your LDL or triglycerides are high, and your HDL is low. You’ll be better able to evaluate your risk by looking at the two ratios below, in combination with other lifestyle factors such as ferritin and gamma-glutamyl transpeptidase (GGT) tests. To calculate your cholesterol ratios:

However, rather than focusing on cholesterol, there are two tests far more important for assessing your CVD risk. These are the serum ferritin and gamma-glutamyl transpeptidase (GGT) tests. The GGT test can be used as a screening marker for excess free iron and is a great indicator of your sudden cardiac death risk.

To protect yourself against heart disease, here are several suggestions that help lower your insulin resistance and restore insulin sensitivity, among other heart-protective mechanisms:

Texas Heart Institute, Do I Need a Coronary Calcium Score?

Texas Heart Institute, Do I Need a Coronary Calcium Score? Are there any risks to this procedure?

Centers for Disease Control and Prevention, Leading Causes of Death

ZoeHarcombe.com, We have got cholesterol completely wrong Point 1

ZoeHarcombe.com, We have got cholesterol completely wrong Point 3