State Farm on Giving Transgender Books to Schools: ‘We No Longer Support the Program’ 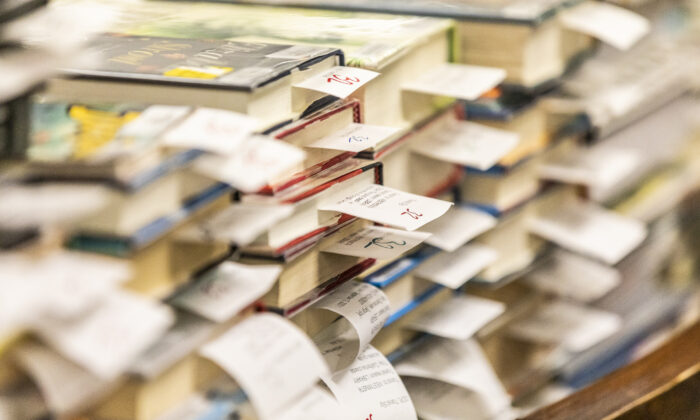 Auto and home insurance giant State Farm says it is no longer a part of a collaborative book donation campaign that promotes transgenderism to kindergartners, following a media exposé based on a whistleblower email.

The internal email, allegedly leaked by concerned State Farm employees, states that the company partnered with transgender youth advocacy group The GenderCool Project in a campaign to “increase representation of LGBTQ+ books and support our communities in having challenging, important and empowering conversations with children Age 5+.”

The email is dated Jan. 18 and was sent by Jose Soto, a corporate responsibility analyst for State Farm in Florida. Soto asked for six State Farm insurance agents in Florida to volunteer to participate in the program by “receiving these books in March, then donating them to their community by the end of April.”

“Agents are key to the success of this program. Nationwide, approximately 550 State Farm agents and employees will have the opportunity to donate this 3-book bundle to their local teacher, community center or library of their choice,” reads the email obtained by Consumers’ Research, a nonprofit organization working to expose big companies that put “woke politics” ahead of their customers.

One of the three books The GenderCool Project sought to promote is “A Kids Book About Being Transgender,” which encourages readers as young as 5 years old to “shake off whatever confusion, skepticism, concern, or biases you may have” about “transgender kids.” The book suggests that a child’s feeling that he or she is of a different gender should be validated rather than challenged, arguing that feelings sometimes “work more like our intuition or insight” that “allow us to understand something without having to think about it.”

“One day I look up ‘boy who feels like girl’ and found stories of people who were just like me,” the book reads. “That’s the first time I heard the word transgender. I realized I wasn’t alone. The feeling I had been a girl finally made sense.”

In its initial response to the Washington Examiner, which broke the story, State Farm defended the program, insisting that the company “embraces diversity and inclusion because it’s the right thing to do.” It also claimed that the program is “strictly voluntary” and that “participants are not being asked to share with schools.”

Facing a growing backlash that includes calls to boycott the company, however, State Farm released a second statement saying it had ended its partnership with GenderCool.

“Conversations about gender and identity should happen at home with parents. We don’t support required curriculum in schools on this topic. We support organizations providing resources for parents to have these conversations,” the company said.

“We no longer support the program allowing for distribution of books in schools,” it continued. “We will continue to explore how we can support organizations that provide tools and resources that align with our commitment to diversity and inclusion.”

Will Hild, the executive director for Consumers’ Research, was unimpressed by the company’s response and called on the company to do more to “reverse the damage done.”

Specifically, Hild argued that State Farm should hire a third-party auditor to “get to the bottom of this breach of trust,” locate exactly which school, public library, and community center the books were donated to, and publish the results and notify families living in the affected areas.

The GenderCool Project describes itself as “a youth-led movement bringing positive change to the world.” The organization’s website features a group of young transgender or gender non-conforming “Champions,” who are “helping replace misinformed opinions with positive experiences meeting transgender and non-binary youth who are thriving.”

GenderCool lists a number of high profile companies other than State Farm as its partners and supporters, including Adobe, Dell, Oracle, Intel, HP, Bayer, Nike, Bank of America, Capital One, Indeed, and NBC Universal.