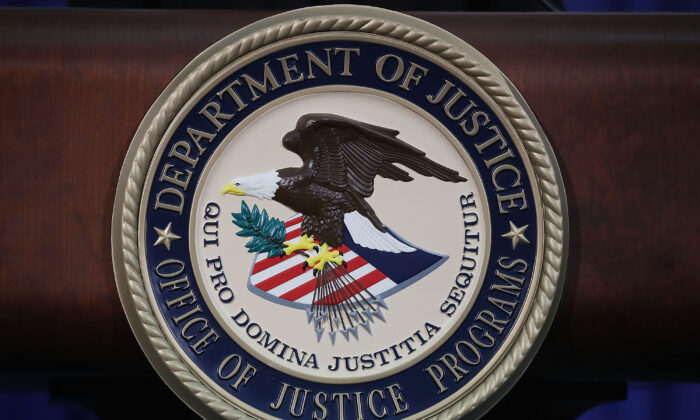 The State Department has debarred four persons for violating the Arms Export Control Act on Aug. 10. They were found guilty of unlawfully trafficking weapons with China.

“Ms. Wang betrayed her oath to the U.S. Navy and ultimately threatened the operational readiness and safety of our nation’s military by attempting to acquire and illegally export sensitive military equipment to China,” Special Agent in Charge Joshua Flowers told the U.S. District Court for Southern District of California in December 2021.

Ivy Wang, 37, was found guilty in the South District of California and sentenced to 30 months in prison and a $20,000 fine. According to a plea deal, her 39-year-old husband was given a 46-month prison term in February 2020. Their American Dreams will now be viewed from behind bars.

After arriving in the United States at a young age, the couple obtained their citizenship in the early 2010s.

Ivy served in the U.S. Navy as a Logistics Specialist First Class and was given the responsibility of purchasing military supplies for Naval Special Warfare units between 2015 and 2019, according to the Justice Department. Knowing very well his wife’s role, Eric asked her to buy military equipment that his Chinese clients wanted but didn’t have access to.

Eric gave Ivy a military equipment list and asked her to purchase them for him, according to the plea agreement and the government’s sentencing statement. Ivy knew they were export-controlled items and that Eric would sell them to China illegally.

Ivy agreed. She bought Eric the sensitive military equipment and gave him access to her military email account so he could place orders for the military gear from the defense contractors.

Ivy’s commander recognized the couple’s inappropriate behavior in March 2018, when Ivy was deployed in Iraq. At a Navy facility in San Diego, a box containing military supplies with Ivy’s name showed up one day. Ivy informed her commander that the package contained camping supplies and was intended for her husband.

The device was secretly disabled by the military, and given to Eric. Eric then messaged his client in China about the package receipt before his arrest.

Businessman Tuqiang “Tony” Xie, 60, from Irvine in Southern California, was found guilty of serving as a broker for defense articles.

Xie’s crimes involved sensitive items on the U.S. Munitions List and the U.S. Munitions Import List that he traded through his California-based company Bio-Medical Optics LLC. The DOJ documented that Xie never held a license nor was registered with the State Department’s Directorate of Defense Trade Controls, as required by federal law.

Furthermore, Xie hired a Chinese manufacturer to make the defense articles for his U.S. military client in 2014 and 2015, despite the arms embargo on China. Xie earned hundreds of thousands of dollars from this import.

He was sentenced to one year and one day in jail in the Northern District of Illinois on March 30.

Along with violating the arms embargo, Xie admitted that he filed false corporate tax filings for Bio-Medical Optics from 2009 to 2012, which resulted in a total tax loss to the IRS of more than $100,000.

Zhang Jian, the fourth individual, bought weapons in the United States and claimed to retain them in Arizona while planning to send them to China.

“[The State Department] identified the persons subject to statutory debarment based on their criminal conviction by a court of the United States,” the department wrote in the Federal Register notice. “These individuals and entities are prohibited from participating directly or indirectly in any activities that are subject to the ITAR.”

The notice listed six other persons who exported weapons to Barbados, Australia, Mexico, Dubai, and Colombia, or provided non-conforming parts to Defense Department.