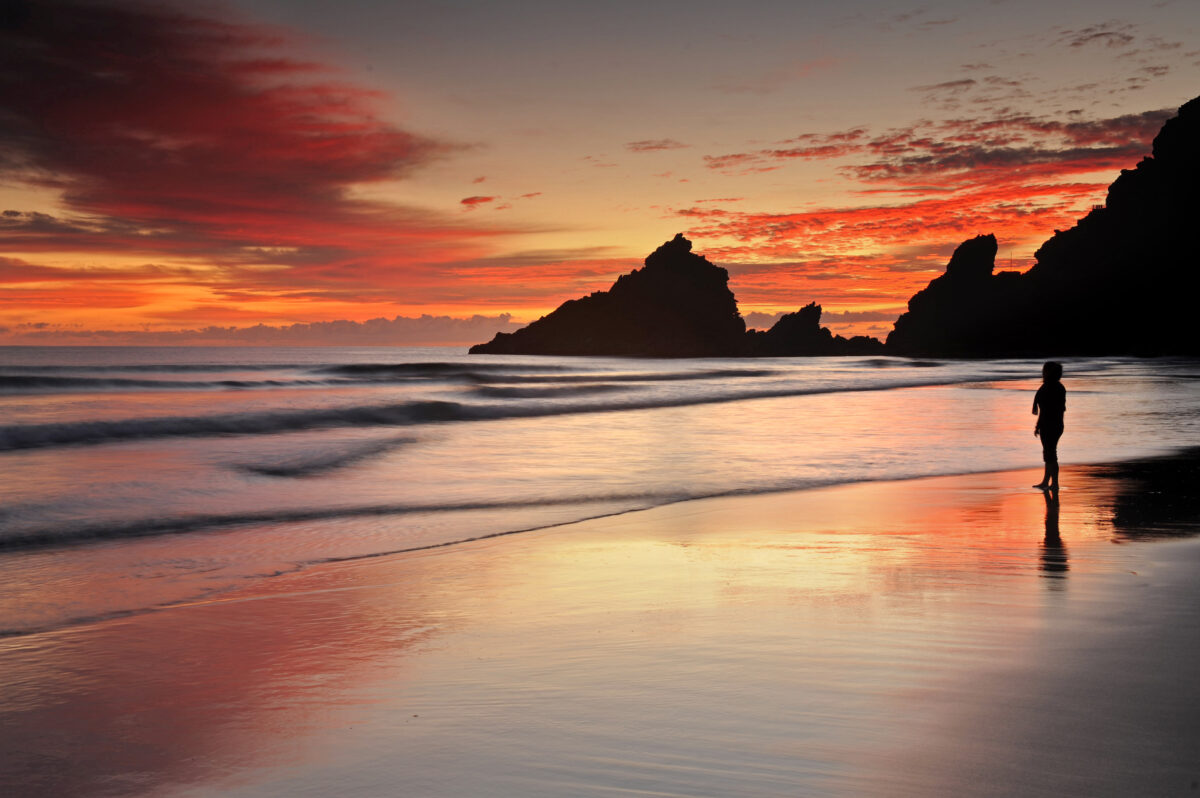 Starry Skies: A Journey to Find Stars, and Healing, in La Palma, Spain

I’ve always loved looking at the night sky. When I was a child growing up in Cyprus, I would count stars when I couldn’t sleep. Lying in bed, I turned the deep black above me into a stage, and found men on the moon and horses dancing across the galactic plains surrounding it.

I was reminded of this in February when I joined a group of shivering astro-tourists for a stargazing tour on San Antonio Volcano in La Palma, the most north-westerly island of Spain’s Canary Islands. While we waited for the clouds to part, I thought about my childhood, and also about one magical night decades after in Cornwall when, newly in love, my partner and I had watched a shower of meteoroids tumble through the earth’s atmosphere.

Over the years, light pollution and stress have clouded my vision. But all this changed when a feature in a friend’s yellowed magazine captured my attention as she threw it away. In the feature, Dr. John Barentine, the then director of conservation at the International Dark-Sky Association, extolled the benefits of star-gazing for well-being.

There are many dark sky places where you can stargaze, but I chose La Palma—also known as La Isla Bonita, “the beautiful island”—in the Canaries because it offers at least as many attractions on Earth as those seen above. It’s a Unesco biosphere reserve, and reputedly was the first country in the world to be given Starlight Reserve status to preserve its night sky quality, but it also has Jurassic forests, black volcanic beaches, deep ravines for scree jumping, and high peaks for scrambling.

It also has tiny fishing villages, the spectacular Renaissance capital of Santa Cruz, and one other irresistible draw: the joyous carnival of La Fiesta de Los Indianos, complete with Cuban-inspired music, dancing, and frivolity. At the time, even the pictures of La Palma made me smile. And I badly needed to smile. I had just seen in the new year, but I was weighed down by missing. I’d missed events and opportunities and holidays, but, ultimately and inconsolably, I was missing people whom I would never see again.

By the first snowdrops in February, though, something had shifted. I realized that I was also missing myself, and the interests that I had packed away to make way for other concerns. My tight, tense body was hungry for exercise, and my hemmed-in mind longed for new thoughts and experiences. An expression that I’d often mocked began to nag at me: I have to find myself.

That was my state of mind when I came across the feature by Dr. Barentine. “A dark sky experience,” he said, “goes hand-in-hand with getting as far away from it all as possible.”

Forty-eight hours later, I stood 2,000 feet above sea level on San Antonio Volcano as Antonio González, my very own star man, helped my group to navigate the Milky Way. González, head of the astro-tourism company Cielos La Palma, is a Starlight Guide who takes groups to La Palma’s many observation points. I booked two sessions with him—one without telescopes so that I could get my bearings and see the constellations as a whole, and one with telescopes so that I could get closer to the stars.

The first night was overcast and bitterly cold. A cruel wind whipped my body, but I felt better than I had in ages. Suddenly, a momentary window opened in the clouds and thousands of stars studded the sky, bringing to mind that beautiful line from Alfred Tennyson’s poem, “Locksley Hall,” about the Pleiads cluster “rising thro’ the mellow shade, / Glitter like a swarm of fireflies tangled in a silver braid.”

González flicked on his laser pointer and started the tour, picking out the easiest-to-recognize constellations. “Here is the belt of Orion the Hunter—these three stars here. Now, follow the top one down to the right and you have Rigel, the blue star. To the left, and up from the bottom of the belt, is Betelgeuse. It’s red—can you see?”

It was an exhilarating few minutes. Even looking up changed my posture, opening up my chest and altering my focus. For the first time in months, I thought beyond my own life to the vastness of the world around me and my infinitesimal small place in it. What most thrilled me was the fact that the more I looked, the more I found. As my eyes adjusted, I saw more clearly, and my eyes followed González’s guidance from the ancient Pleiades—the Seven Sisters, still burning bright after 100 million years—to the boastful queen, Cassiopeia, to Sirius, the brightest star visible from Earth, and finally to Polaris. It was magical. But sadly, the clouds brought the curtain down and closed the show.

The following morning, a beautiful day dawned that was just perfect for hiking. La Palma is a renowned natural beauty that has starred in many films. Like the best actors, her multiple personalities and versatility of mood and face enable her to transport her audience to different times—even different planets. That morning, I walked through the lush, 20-million-year-old laurel forest of Los Tilos, a UNESCO biosphere reserve. In the afternoon, I drove south to the dramatic lunar landscapes of Ruta de Los Volcanes to do a short, downhill segment of one of the island’s most well-known trails. I started gingerly, picking my footing carefully as the scree moved beneath my feet, but soon realized that this was no way to get to the bottom without falling, I began to jog, which set me gliding down. The elation of it! I felt the pure release of letting go.

The next day saw more of that at the annual La Fiesta de Los Indianos, in Santa Cruz. This joyous, week-long event was the highlight of La Palma’s week. It celebrates the islanders who left for Latin America during the 19th century and returned home with untold riches. Also known as the White Party because everyone dresses in white (and often in period costume with Monopoly money poking out of their Panama hats), it attracts crowds from all over the island, the Canaries, and beyond.

I saw people of all ages, genders, creeds, and nationalities. They partied, danced, drank mojitos, and—most surprisingly to me—doused the streets and each other with talcum powder. A man pulled my hat off, dumped half a packet of talc on my head, and walked off. I roared with laughter. And then I danced. With young and old, on my own, with people whom I would never see again. At first, I was stiff with self-consciousness, but then I freed both my mind and my body and let the others lead me through the simplest salsa steps. And that, I think, is a good metaphor for how healing begins: with tiny, stiff steps, starting to reconnect with both nature and myself. To paraphrase Oscar Wilde, one of my heroes, I may not yet be out of the gutter, but I am definitely looking at the stars.