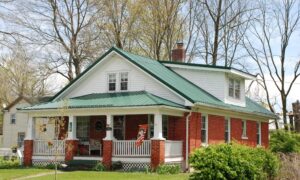 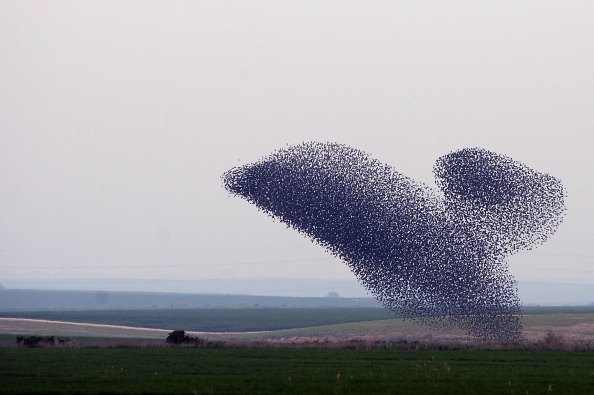 DOLPHIN: Starlings create the image of a dolphin over the Israeli town of Netivot on Jan. 25, 2013. (David Buimovitch/AFP/Getty Images)
Life & Tradition

Starlings Paint Pictures in the Sky, Plus Fascinating Facts

The Common Starling, also known as the European Starling, is the sky’s most striking songbird. Common in temperate regions across North America and Europe, the small black bird with shiny green and purple feathers, weighs about 2.75 ounces on average. It is best known for its amazing ability to fly in tight, graceful, ever-morphing formations of thousands of birds. Scientists have long wondered how Starlings are able to stay so connected in synchronous motion, with theories ranging from telepathy to f0llow-the-leader.

The latest theory has emerged from research by Giorgio Parisi at the University of Rome. His team discovered that starlings can react to other birds in 100 milliseconds. They believe that starlings are reacting almost instantaneously to about seven birds around them, thus appearing to move as one body.

Some interesting facts about starlings:

1. They are not native to North America, but were brought over from Europe in early 1890s and released in New York’s Central Park.

2. A flock of starlings is properly called a murmuration.

3. Starlings can mimic the calls of other birds, up to 20 different species.

5. Their special abilities protect the entire murmuration because if attacked, they can react as one, dispersing and regrouping quickly.