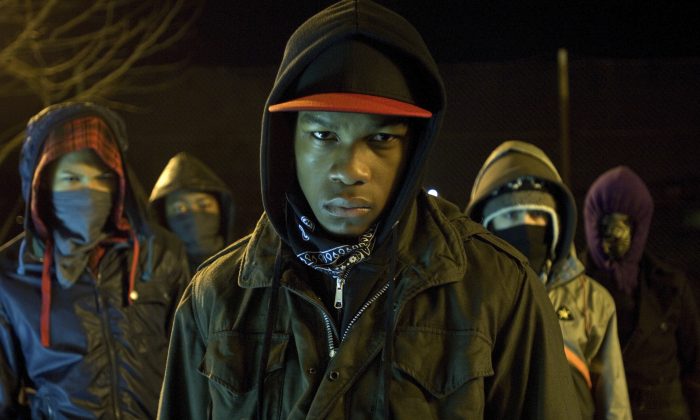 John Boyega in a scene from "Attack the Block." He could be cast as the new lead in the Star Wars universe. (AP Photo/Sony Screen Gems, Liam Daniel)
Entertainment

A number of men are in the running to become the new lead Jedi in the Star Wars universe, starting with Episode VII.

Adam Driver of “Girls” has all been confirmed as the main villain.

Now Variety reports that young actors are on the top of the list to replace Luke Skywalker as the main protagonist in the revived Star Wars film universe.

Insiders insisted that the search is still ongoing, meaning other names could be added in, but these men have risen to the top of the crucial consideration.

At least three films with huge roles in the latter two would likely be the reward for getting the gig.

Exact details of the character are vague–as is pretty much all Star Wars news–but he is believed to be a Jedi apprentice.

The delay of choosing the lead is because executives want someone of a different ethnicity than previous Caucasian leads.

Speleers, Plemons, and Thomas are white while Boyega and Fisher are black.

Filming for the movie is slated to start in the next several months of this year, while the movie will hit theaters on December 18, 2015.