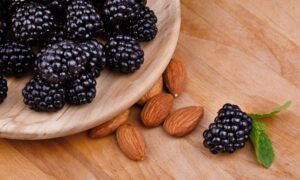 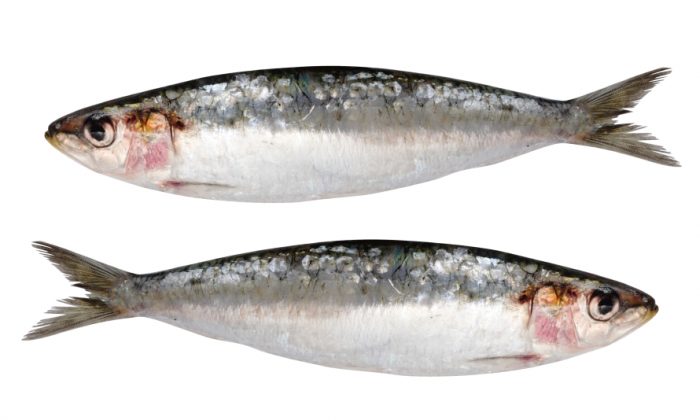 Small fish, like sardines, are high in Omega 3s, but much less likely to contain toxins. (varela/iStock)
Fitness & Nutrition

The body can’t synthesize EFAs on its own, so it needs a food source to meet its needs. The foods to focus on are those rich in omega-3s.

All the other EFAs are necessary too, but ratio is key, and omega-3s are the hardest EFAs to come by. Omega-6s are plentiful by comparison, and most Americans get enough without even trying. The oils, shortening, and margarine found in most processed foods contribute substantially to our omega-6 intake.

Evidence suggests we consume way too much omega-6, which makes the comparatively little omega-3 we eat even harder to absorb. Yet research shows that greater concentrations of omega-3 prevents asthma, breast and colon cancer, cardiovascular disease, and arthritis. Research suggests that omega-6 encourages inflammation, while omega-3 fatty acids cool it.

The average American consumes about 15 to 30 times more omega-6 than omega-3. The U.S. Department of Agriculture recommends a goal of 10 to 1. For optimal health, shoot for at least 5 to 1—a balance closer to what our ancestors ate. Hardcore Paleo dieters aim for a ratio of 1 to 1.

In general, plant fats (from corn, soy, sunflower, safflower, and cottonseed oils) are higher in omega-6, while animal fats tend to have more omega-3. But the quality is only as good as what the animal eats. Cows fed mainly corn and soy produce meat and milk with a higher concentration of omega-6.

This is a big reason why more consumers are willing to shell out for grass-fed animal products. Grass, clover, and other prairie weeds provide livestock with more omega-3s, which translates to significantly more in our diet as well.

If greens give the cow omega-3s, think about what they can do for our own diet. Arugula, spinach, basil, watercress, and purslane are all excellent sources.

Poultry tends to have more omega-6 than red meat and fish, but eggs can provide a good source of omega-3. However, eggs are another example of feed influencing fatty-acid composition.

Eggs labeled “extra omega-3” come from hens fed omega-3 rich feed. One study found these eggs to have five times more omega-3 than those laid by hens on a conventional diet.

Oily, cold-water fish have long reigned as the gold standard for omega-3 foods. But just as with cows and chickens, the fish diet plays a large role. Farm-raised, corn-fed fish have higher levels of omega-6, while fish fed omega-3 rich food have a healthier EFA ratio.

Wild-caught fish tend to have higher concentrations of Omega 3s, but levels can vary based on the local food source.

The major concern with fish is toxins. Salmon and other fish celebrated for their EFA content are often full of mercury, PCBs, and other harmful contaminants that are dumped into the oceans each year. Farm-raised fish often contain antibiotics and other chemicals.

Lighten your toxic load by sticking with small fish at the bottom of the food chain, like sardines and anchovies, which have less toxic accumulation in their tissues. Big fish, like shark and swordfish, tend to have the most toxins. If you’re looking for a fish- oil supplement, consider a smaller creature.

Krill oil comes from a tiny crustacean that salmon eat to get more omega-3s. However, side effects are similar to fish oil caps: digestive upset and fishy burps.

Of all plant sources, flax and chia seed contain the most omega-3 by far, with more than double the amount of omega-6. Hemp seeds, pumpkin seeds, and walnuts also have decent ratios. But keep in mind that vegetable sources of omega-3 have some important limitations.

There are three main types of omega-3s necessary for good health: ALA (alpha-linolenic acid), EPA (eicosapentaenoic acid), and DHA (docosahexaenoic acid). Nearly all vegetable sources only contain the simplest form, ALA, but much of the health benefits come from the more complex forms.

The body can convert ALA to EPA and DHA, but it takes a lot to make a little, and nutrient deficiencies make this process more difficult. Research suggests that even otherwise healthy vegetarians lack sufficient DHA and EPA.

People who don’t eat any animal products are advised to take an algae supplement or regularly consume seaweeds rich in DHA for optimal health. The DHA content of sea plants is much less than what is found in fish, but at least it’s something.

Vegans more than anyone should strive to limit omega-6 consumption, due to their low intake of omega-3.

Flax-seed oil is nutritious but delicate and must be protected from heat and light to prevent oxidation and rancidity. It’s great for salads, but not for cooking.

Canola has been heavily promoted as a desirable cooking oil because of its high smoke point, attractive EFA ratio, high levels of monounsaturated fat, and low levels of saturated fat. Because of these qualities, canola is increasingly featured in many processed foods.

Canola may have more omega-3 than most vegetable oils. However, there is big debate among health experts about whether canola is really all that good for us.

Canola is a newcomer to the human diet. Canola seeds were developed in Canada in the 1970s by breeding out a toxic acid found in the easy-to-grow rapeseed (a relative of mustard).

The quality of canola products vary widely. Some are cold-pressed from organic seeds, while cheaper oils are made with genetically modified seeds, extracted with solvents, and preserved with chemical additives. Without chemical additives, canola oil spoils quickly, so be sure to keep it refrigerated.

While it may not have as much omega-3, olive oil is considered by many nutrition experts to be a healthier choice. And if you’re not afraid of saturated fat, grass-fed butter offers a superior cooking fat with much more omega-3 than canola.