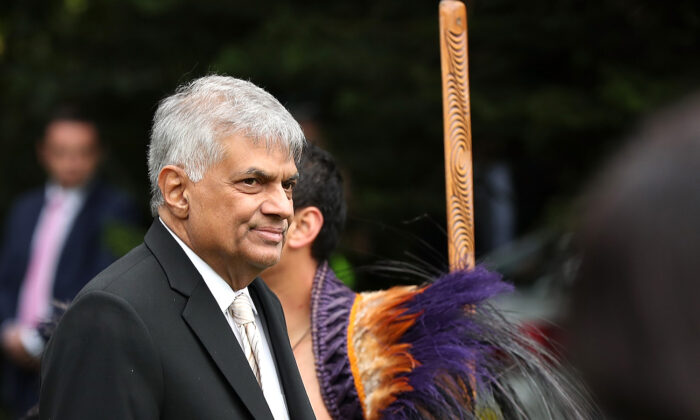 Sri Lanka’s Parliament has elected Ranil Wickremesinghe as the country’s new president, despite his growing unpopularity among anti-government protesters who viewed him as an ally of his predecessor.

Wickremesinghe, who was serving as interim president, expressed gratitude for the votes and called for unity with his opponents, including the opposition leader, to revive the country’s collapsed economy.

“We have to create a new strategy to move forward,” he said. “People are demanding not the old politics. They ask the Parliament to carry forward the work in a united manner.”

Wickremesinghe, who previously had served as prime minister, replaces Gotabaya Rajapaksa, who fled the country after anti-government protesters stormed his official residence to demand his resignation.

Rajapaksa reportedly fled to the Maldives on a military jet and then to Singapore. Wickremesinghe’s victory could trigger fresh demonstrations as anti-government protesters viewed him as a Rajapaksa loyalist.

Protesters had previously seized and burned down his house to demand his resignation as prime minister. Wickremesinghe imposed a state of emergency after being sworn in as interim but revoked the order hours later.

He imposed another state of emergency ahead of the parliamentary vote, saying it was expedient “in the interests of public security, the protection of public order, and the maintenance of supplies and services essential to the life of the community.”

Wickremesinghe, 73, became prime minister for the sixth time in May, when he succeeded Mahinda Rajapaksa, who quit after the prolonged protests turned deadly.

Wickremesinghe has been leading the government’s efforts to negotiate a bailout deal with the International Monetary Fund (IMF) and seek loan packages from major lending partners, including China, India, and Japan.

He declared Sri Lanka bankrupt on July 5 and said the government would need to submit its debt restructuring and sustainability plan to the IMF by August.

“It is no easy task to revive a country with a completely collapsed economy, especially one that is dangerously low on foreign reserves,” Wickremesinghe said in a televised address last month.

Sri Lanka has $51 billion in foreign debt, $6.5 billion of which is owed to China. The country defaulted on its debt in May and claimed that it was unable to pay for essential imports.