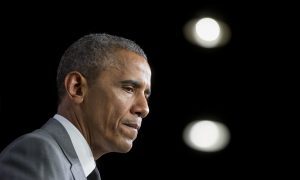 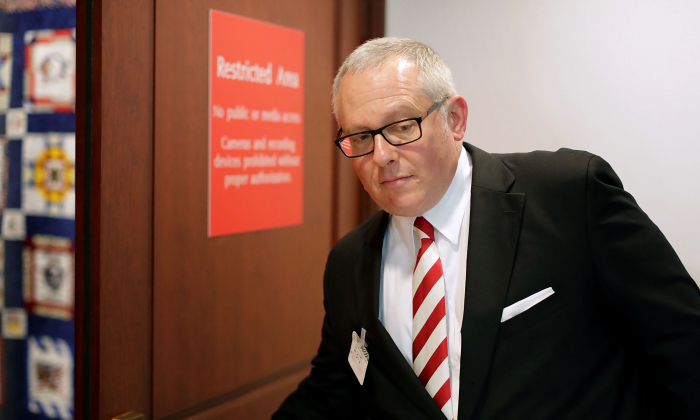 A former top campaign aide to then-candidate Donald Trump revealed on Tuesday that a potential second spy approached him in May 2016, offering to hand over emails related to Trump’s campaign rival at the time, Hillary Clinton.

The existence and identifying details of the first spy who infiltrated Trump’s campaign were leaked to the media by current and former government officials last week.

Michael Caputo, who worked on the Trump campaign for two months in 2016, told Fox News that a person he believes to be a spy approached him through an intermediary and offered to hand over “Clinton related emails.”

“What’s remarkable here to my approach is that it happened in the first week of May of 2016, very far off the timeline that the Mueller investigation and others are trying to hold to,” Caputo told Fox.

Caputo said that the intermediary was his friend who is willing to go on record about what happened. Caputo could only say that the spy claimed to be a former contractor for a U.S. government agency.

The spy told Caputo that he had learned of the existence of the Clinton emails on May 6 and made the first offer to hand them over on May 9.

Caputo said he had just started working for the campaign at Trump Tower and did not feel right about coming forward to the rest of the team with the shady offer. After several days of back-and-forth calls, Caputo ultimately declined the spy’s proposal, fearing that he would run afoul of the law if the emails contained classified information. He advised the spy to go through proper whistleblower channels.

But that was not the last time he would hear from the spy. Caputo left the Trump campaign on June 20, 2016, and the spy reached out again through his friend in July. Caputo’s friend again declined the offer.

Caputo said he was baffled when government investigators showed no interest in the odd approach. He said that he informed two congressional committees and Special Counsel Robert Mueller about the interaction.

“They weren’t even interested,” Caputo said about Mueller’s team. “They didn’t even seem to be taking notes.”

The FBI maintains that the investigation into alleged collusion between the Trump campaign and Russia started on July 31, 2016. Caputo’s interaction with the potential spy happened nearly two months earlier and threatens to shatter the agency’s closely guarded narrative about the origins of the investigation.

On Sunday, President Donald Trump ordered the Department of Justice investigate the surveillance and spy activity against his campaign and whether the people involved were motivated by politics. The Justice Department confirmed hours later that it has ordered the agency watchdog to expand the current probe of how the Russia investigation was conducted to include the president’s requests.

“SPYGATE could be one of the biggest political scandals in history!” Trump wrote on Twitter on Wednesday. “Look how things have turned around on the Criminal Deep State. They go after Phony Collusion with Russia, a made up Scam, and end up getting caught in a major SPY scandal the likes of which this country may never have seen before! What goes around, comes around!”

The FBI conducted communications surveillance of the Trump campaign through the use of Foreign Intelligence Surveillance Court warrants. The warrants were obtained using an unverified anti-Trump dossier funded by the Clinton campaign and the Democratic National Committee. Several senior officials involved in obtaining the warrants have been referred for criminal investigation.

The existence of the first spy was first revealed in anonymously sourced articles in The New York Times and The Washington Post. The newspapers did not disclose the spy’s identity but published enough information to lead many to conclude that the spy was Stefan Halper, a Cambridge professor with CIA and MI6 ties.