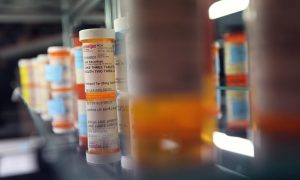 North Smithfield Town Council in Providence passed a resolution with a 3-2 vote on Monday, Sept. 17, urging departments to refrain from procuring Nike products.

Kaepernick has repeatedly made controversial remarks on social media about black men who died while in police custody, and shared a viral video of what appears to be Minnesota shooting victim Philando Castile dying in the driver’s seat of his car. Kaepernick also knelt during the U.S. anthem back in 2016 to protest what he describes as police brutality and social injustice.

Others Local Governments or Agencies Join In

The council is one of several local governments or agencies calling for a boycott on using Nike as a supplier.

The city of Kenner in Louisiana has already banned procurement of all Nike products for use at city recreation facilities, according to a memo from Kenner mayor and Republican Ben Zahn. Booster clubs will also need approval from the parks and recreation director before procuring any athletic product.

A Nike spokesman told The Associated Press he could not comment on the various governmental actions.