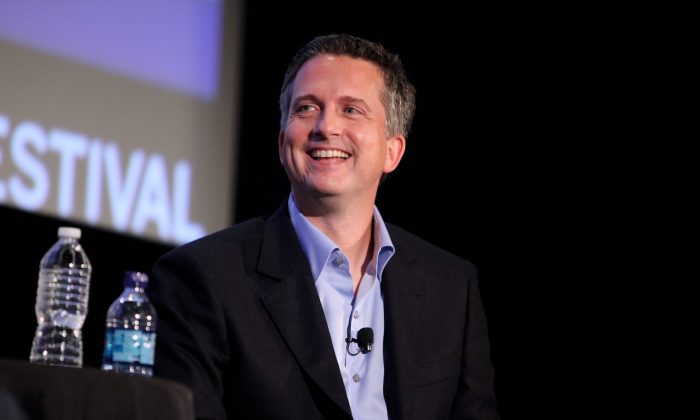 Sports writer Bill Simmons will be opening his new website The Ringer later this year. (Amy Sussman/Getty Images the New Yorker)
Other US

Former Grantland Editor-in-Chief Bill Simmons will be starting up a new site called The Ringer and it’s scheduled to open in late spring or early summer, according to a series of tweets from the founder himself.

My next website is called The Ringer – launches later in 2016. Check out our logo & sign up for our newsletter at https://t.co/EgdH3mnlbC.

Simmons, who also will have a weekly show on HBO starting this year, has populated his new website with a number of loyal staff from his previous ESPN-owned Grantland. Just like Grantland, The Ringer will have cultural coverage.

Simmons, arguably the most powerful and popular sports journalist in the world, had been with ESPN in some capacity since 2001, until the company decided not to renew his contract in May of 2015. The parting wasn’t pretty though. Simmons apparently wasn’t the first to find out about the split as the New York Times broke the story nationally before ESPN had told the popular sports commentator.

The likable writer was instrumental in creating the “30 for 30” documentary series and his column was wildly popular to his vast and loyal fanbase.

However the relationship between Simmons and the sports media giant had been on somewhat shaky ground after Simmons was suspended in September of 2014 for remarks he made about NFL Commissioner Roger Goodell.

Five months after his removal, ESPN shut down Grantland (in October of 2015). Now, nearly a year after Simmons’ removal, the hard feelings still linger.

Don’t do it with ESPN. RT @ParrishWalton: What are the lessons @BillSimmons learned from running Grantland from a business perspective?

The new site will be a product of the Bill Simmons Media Group, a company Simmons founded recently. His podcast network is also a part of the group.