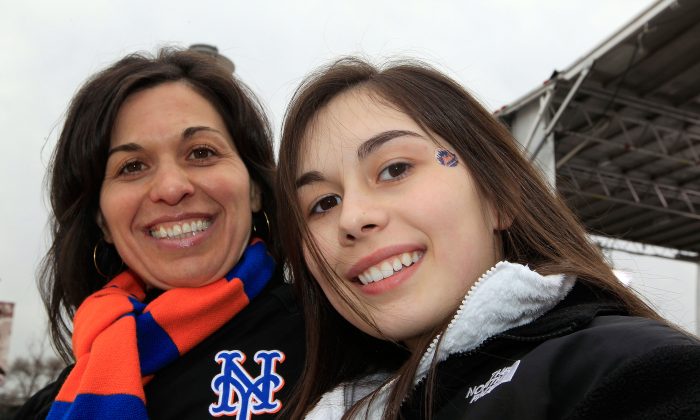 Rose (L) and Julia Wonsley, fans of the New York Mets support their team outside the staium prior to playing against the Washington Nationals during the Mets' Home Opener at Citi Field on April 8, 2011. (Chris Trotman/Getty Images)
Baseball

If you’re a female sports fan, chances are you’ve been questioned by numerous guys who may want to see if you really know your stuff—while showing off at the same time. Well, sometimes a condescending question can make you look silly.

At least that’s the case for some dude who questioned sports fan—and social media manager—Megan Brown, via text message, to name all five NL East teams in 10 seconds. Brown graciously exchanged her perfect response via twitter.

it’s so insulting when dudes try to quiz me about sports soooo i had a little pun fun ⚾️❤️ pic.twitter.com/s1X0qJagrp

While she could have just said Marlins, Mets, Nationals, Braves, and Phillies, Brown took it a step further and cleverly incorporated the names into her four-sentence response. She even found room to put the Nationals previous name—when they were the Montreal Expos—in for good measure.