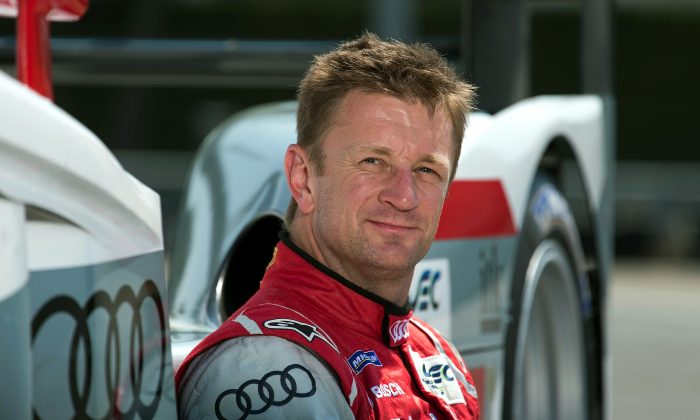 Allan McNish has announced his retirement from racing after a very successful 24-year career which culminated with his third Le Mans win and his first World Driver’s Championship in 2013. (audi-motorsport.info)
Motorsports

Allan McNish has ended his long and very successful career as a racing driver, he announced via an Audi press release on Monday, Dec. 17. McNish, who has won three Le Mans 24s and most recently the World Endurance Championship drivers title, has accomplished almost everything a driver could, and 11 days shy of his 44th birthday, has decided to make room for younger drivers.

“I found the ideal moment for myself to bring an end to my LMP sports-prototype racing with Audi,” McNish said in the Audi release. “Together with my teammates Tom Kristensen and Löïc Duval I finished my most successful season in the sports car. Having also won the Le Mans 24 Hours, I can’t wish for more than what we’ve achieved this year.

“I can look back on a fantastic career that has left no aims unfinished and I’m looking forward to new challenges the future holds for me. Now I’ll have a lot more time for my family. But I’m going to continue to be part of motorsport in various roles, albeit no longer as an Audi race driver.”

During this span he won Le Mans twice (and once driving a Porsche before signing with Audi) and finished on the podium six more times. He also won the ALMS title twice more (2006, 2007) and won the Sebring 12 Hours four times with three podium finishes.

As an Audi sports car driver, JMcNish scored 29 overall victories, 18 pole positions, 17 fastest race laps and four title wins in eleven years. It is easy to see why the speedy Scot would choose to retire after winning his first World Driver’s Championship—it was the only accolade ha had yet to garner.

McNish plans to stay involved with racing in other capacities, and will probably remain associated with Audi. He has also not ruled out returning to racing for specific events—perhaps to join his Le Mans teammates Löic Duval and Tom Kristensen at the 24 a time or two more, or to take another shot at the Rolex 24 at Daytona, one of the very few marquee endurance races he has never won?

“We appreciate and respect Allan’s decision to retire at the pinnacle of his career,” said Dr. Wolfgang Ullrich, Head of Audi Motorsport. “At the same time, this is a parting that is particularly difficult for us. All of us are well aware of Allan’s racing successes.

“We should not forget, though, how valuable he has been in the development of our race cars, how great a team player he has always been and how he has consistently applied himself to achieve Audi’s aims far beyond motorsport with professionalism, loyalty and commitment.

“We regret that Allan will no longer be contesting any races for us but are happy that he will continue to be associated with Audi Sport and the Audi brand.”

McNish lives with his wife Kelly and two children in the Principality of Monaco.