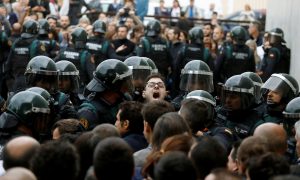 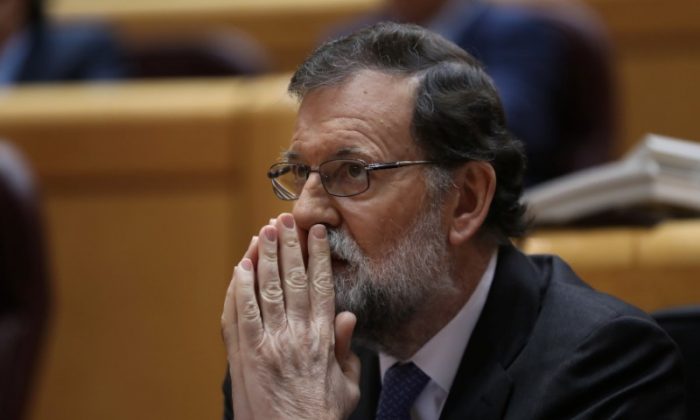 MADRID/BARCELONA—The Spanish government prepared to impose direct rule over Catalonia on Friday to block its push for independence, an unprecedented move that takes Spain’s worst political crisis in four decades to a new level.

The upper house of Spain’s parliament, the Senate, was meeting to approve Article 155, the law that will allow the central government to take over the autonomous region.

In Catalonia’s main city Barcelona, separatist leaders were figuring out their next move, which could include a unilateral declaration of independence, as supporters gathered in the streets.

“Exceptional measures should only be adopted when no other remedy is possible,” Spanish Prime Minister Mariano Rajoy said in an address to the Senate. “In my opinion there is no alternative. The only thing that can be done and should be done is to accept and comply with the law.”

The Catalan leadership was ignoring the law and making a mockery of democracy, he said.

“We are facing a challenge unprecedented in our recent history,” said Rajoy, who has staked out an uncompromising position against Catalonia’s campaign to break away from Spain.

The crisis has split Catalonia and caused deep resentment around Spain—national flags now hang from many balconies in the capital in an expression of unity.

It has also prompted a flight of business from the wealthy northeastern region and alarmed European leaders who fear the crisis could fan separatist sentiment around the continent.

A vote in the Senate was expected by 2 p.m. (1200 GMT). Rajoy was then expected to convene his cabinet to adopt the first measures to govern Catalonia directly. This could include sacking the Barcelona government and assuming direct supervision of Catalan police forces.

But how direct rule would work on the ground – including the reaction of civil servants and the police – is uncertain.

Some independence supporters have promised to mount a campaign of civil disobedience, which could lead to direct confrontation with security forces.

What could happen in the regional parliament of Catalonia was also unclear.

Catalan president Carles Puigdemont on Thursday ruled out a new regional election that might break the deadlock and said it was now up to the parliament to act on a mandate to break from Spain following an independence referendum on Oct. 1.

The ballot, which drew only a 43 percent turnout as Catalans who oppose independence largely boycotted it, was declared illegal by Madrid and national police used heavy-handed tactics to try to stop it.

Puigdemont made an ambiguous declaration of independence on Oct. 10, which he immediately suspended to allow for talks with the government. But no discussions were held and Puigdemont later spurned an invitation to appear before the Senate to explain his position.

The Barcelona-based newspaper La Vanguardia said secessionists on Friday registered a motion with the regional parliament to proclaim independence from Spain and a Catalan republic.

The motion was presented by lawmakers from Junts pel Si (Together for Yes) and CUP (Popular Unity Candidacy), which together hold a majority in the assembly.

If the motion was taken to a vote, lawmakers backing it could be sued for disobedience and jailed for up to 30 years if found guilty. Two senior secessionist leaders have already been jailed on court order for sedition.

In any case, Spain’s constitutional court would immediately block any claim for statehood and other European countries have made clear they would not recognize Catalonia as an independent state. Germany said on Friday it supported the Spanish government in the dispute but hoped both sides would defuse the situation through dialogue.

Montserrat Rectoret, a 61-year-old historian, said: “I am emotional because Catalonia has struggled for 40 years to be independent and finally I can see it.”

Catalonia is one of Spain’s most prosperous regions and already has a high degree of autonomy. But it has a litany of historic grievances, exacerbated during the 1939-1975 Franco dictatorship, when its culture and politics were suppressed.

In another indication of the economic and financial fall-out from the crisis, France’s Suez SEVI.PA, the main water provider in Spain, said it had temporarily moved the legal registration of its offices from Barcelona to Madrid.

Spanish bank BBVA said national economic growth in what is the euro zone’s fourth-largest economy could be below 2.5 percent in 2018 if the Catalan situation persisted.

The yield on Spanish benchmark debt fell in early trade on Friday morning but has since begun rising amid concerns of an independence vote in Catalonia. The leading stock exchange, the IBEX, deepened losses through the morning.

By Julien Toyer and Sam Edwards