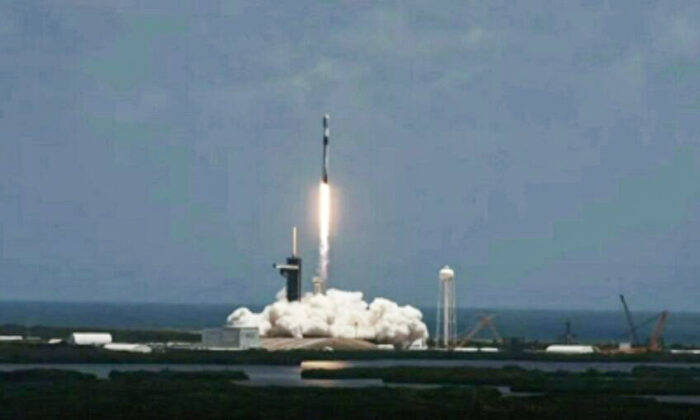 A SpaceX Falcon 9 rocket is launched with a batch of 53 Starlink satellites from Cape Canaveral, Fla., on June 17, 2022. (SpaceX via AP/Screenshot via The Epoch Times)
Space

SpaceX launched a new batch of 53 Starlink satellites from Cape Canaveral on Friday—the first of three planned launches in three days for the company.

The satellites were deployed to low-earth orbit after being carried on the company’s two-stage Falcon 9 rocket for its record 13th launch.

After stage separation, the rocket’s first stage returned to earth and landed on the A Shortfall of Gravitas droneship in the Atlantic Ocean.

Starlink is a satellite-based global internet system that SpaceX has been building for years to bring internet access to underserved areas of the world.

SpaceX is planning additional satellite launches on Saturday from California and Sunday from Florida.