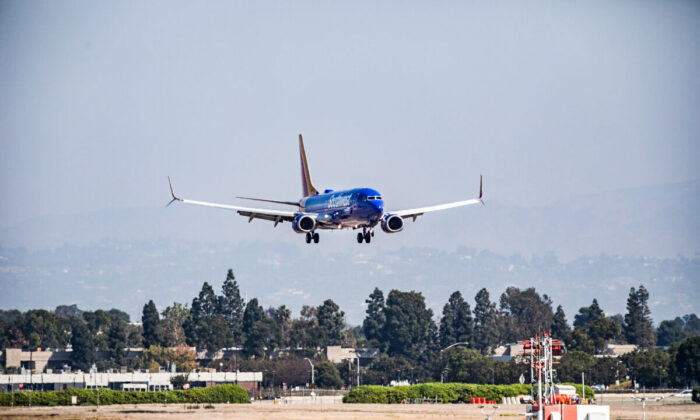 Both American Airlines and Southwest Airlines saw significant cancelations over the weekend, according to flight-tracking websites, although both carriers said the cancelations were due to weather and staffing issues.

American Airlines was forced to cancel about 1,000 more on Friday and Saturday, the tracking website’s data shows. Southwest hasn’t experienced the same number of cancelations, but the Dallas-based carrier scrapped about 2,000 flights earlier in October, leading to $75 million in losses.

Southwest said in a statement the “delays were a result of the severe weather across parts of the country which you’ll notice on Friday’s weather map … including heavy rain, low cloud ceilings, and gusty winds for the eastern half of the country where we have large bases of operations.”

The Epoch Times has contacted Southwest for comment. Previously, Southwest and its main pilots’ union, the Southwest Airlines Pilots Association, Southwest Airlines, and the Federal Aviation Administration denied that COVID-19 vaccine mandates were the reason for the staffing shortages and cancelations earlier this week.

American Airlines, meanwhile, blamed poor weather conditions and staffing issues, according to a letter to employees that was obtained by The Epoch Times over the weekend.

“With additional weather throughout the system, our staffing begins to run tight as crew members end up out of their regular flight sequences,” American Airlines CEO David Seymour said in the letter. “To make sure we are taking care of our customers and providing scheduling certainty for our crews, we have adjusted our operation for the last few days this month by proactively canceling some flights.”

Similarly, a spokesman for the American Airlines pilots’ union, Capt. Dennis Tajer, said that poor weather conditions and poor management were to blame for the cancelations—not the vaccine mandate.

On social media over the past week, apparent passengers sharply criticized American Airlines and Southwest Airlines for the cancellations, with some saying they are now stranded overnight at the airport. The American Airlines Twitter account has been responding to most criticism that’s been lodged on its page over the weekend.

Writing to American Airlines’ Twitter page, one passenger wrote that he was “stranded overnight in [O’Hare Airport] last min cancel but issue known well known in advance … now will be here for days!! Can’t even go back to NYC.”

Another passenger wrote that the carrier “canceled our flight to our honeymoon after delaying only a couple of times. Turns out it was cancelled because it of missing ONE flight attendant.”

“My guitarist Lou Franco has been in Key West FL since Friday,” tweeted one user to the company. “American lost his luggage including his gear. They’ve not been able to get it here as of yet. He’s missed out on 2 gigs. I’ll have to cancel our upcoming week of gigs if they don’t locate it”

A spokeswoman for the Federal Aviation Administration told The Epoch Times on Sunday that the agency is aware of American Airlines’ cancelations but diverted any inquiries to the carrier.