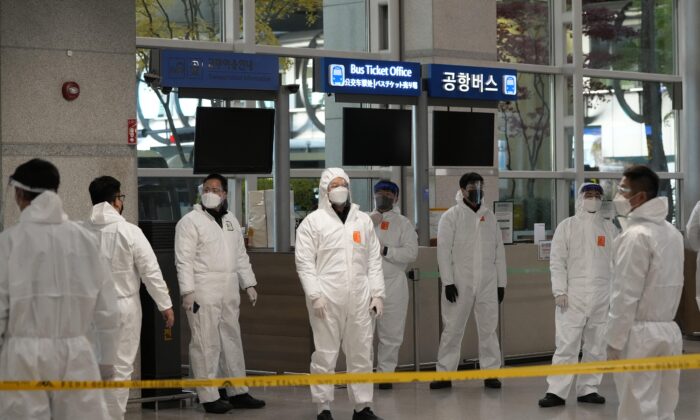 South Korea will mandate a 10-day quarantine for all incoming travelers, including its citizens—regardless of their vaccination status—starting Dec. 3, the Korea Disease Control and Prevention (KDCA) announced Wednesday.

The announcement was made the same day after the country confirmed its first five cases of the new Omicron variant in people arriving from Nigeria. The new rule will last for two weeks.

Korean nationals and foreigners on long-term stay will be allowed to quarantine at home while those who are short-term visitors to the country must quarantine at a government-designated facility at their own expense, KDCA said in a statement.

The agency added that quarantine facilities will be randomly assigned to those affected and will not be changed even on grounds of personal reasons.

Quarantine exemptions will be only granted in limited circumstances such as attending a funeral or for diplomats and government officials, who will be tested for COVID-19 upon entry and subjected to “active monitoring” throughout their stay in Korea.

The World Health Organization, which named Omicron as a variant of concern, said the new variant has a “large number of mutations, some of which are concerning.”

“The number of cases of this variant appears to be increasing in almost all provinces in South Africa,” the organization said in a press release on Nov. 26.

South Korea will now extend the same ban to foreigners coming from Nigeria.