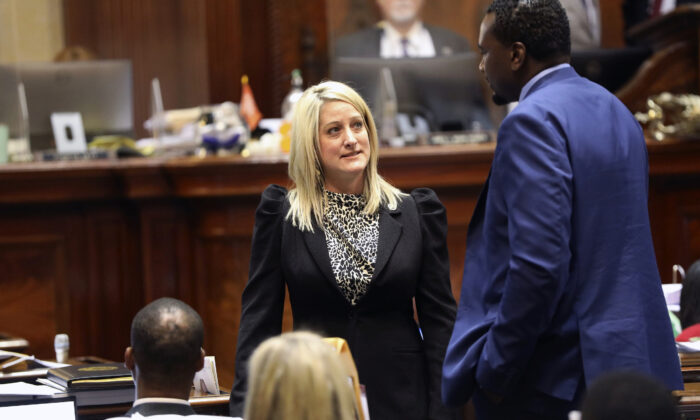 Legislation prohibiting transgender students in South Carolina from playing on sports teams not aligned with their biological gender in public school and college sports advanced in the state Senate on May 4.

The Senate voted 30–10 to pass Senate Bill 531, also called the Save Women’s Sports Act, which, if adopted in the House and signed by Republican Gov. Henry McMaster, would prohibit males who have decided that they are females from playing in female sports.

The Senate amended the original House bill to also prohibit females who have decided that they are males from playing on male teams.

Republican state Sen. Richard Cash told The Epoch Times that the bill is to prevent what is taking place in other states from happening in South Carolina.

“Female athletes should have a fair opportunity to compete against other females without males who identify as females also being allowed to compete with them,” Cash said.

He pointed to transgender swimmer Lia Thomas at the University of Pennsylvania who won the 500-yard freestyle race at the NCAA Division 1 women’s championship in March 2022. Thomas, who grew up competitively swimming as a male, began taking hormone replacement therapy in 2019, declaring himself a woman in his junior year in college.

“There have been females at the high school level who have certainly suffered some similar situations in which they were denied the winner’s podium by males who identify as females winning a race,” Cash said.

Proponents of the bill argue that males have unfair advantages in female sports, while critics claim this type of legislation marginalizes children who don’t accept their biological gender.

Some have argued that the bill would altogether prevent transgender children from playing sports.

On this argument, Republican state Rep. Ashley Trantham told The Epoch Times that the bill doesn’t keep transgender athletes from playing sports if they so choose.

“It just specifically says that if you’re a biological male, then you cannot play on an all-biological female team,” Trantham said. “It has everything to do with fairness and the physical advantages that a male has over a female.”

South Carolina United for Justice & Equality (SCUJE), an LGBT activist group, said the bill is a response to a manufactured issue that would impact what the organization describes as “non-conforming athletes” while unfairly targeting transgender girls.

The organization said that transgender people don’t have a competitive advantage in sports because it said transgender women “compete at all levels similar to women.”

“No female transgender athlete has qualified for the Olympics, despite rules permitting participation that have been in place for more than a decade,” SCUJE said. “At the high school level, 20 states already allow trans kids to compete in sports consistent with their gender identity.”

In March 2022, Republican governors in Oklahoma and Arizona both signed bills into law that prohibit males who believe themselves to be females from competing in public school sports.

In April, the South Carolina House withstood more than 1,000 amendments by Democrats that delayed the 82–28 vote to pass the House version of the bill by several hours.

On the bill, Democrat state Sen. Mia McCloud said on the Senate floor on May 4 that the legislative body is “pro-birth, pro-death, pro-hate, and pro-discrimination,” then alluded to the “global pandemic that some South Carolinians are still struggling to come out of.”

“We’ve already lost over 18,000 South Carolinians to a deadly virus because our leaders not only don’t believe in science, they refuse to follow the science, except now,” she said.

In 2021, South Carolina’s Republican superintendent of education, Molly Spearman, spoke against a version of the Save Women’s Sports Act.

She called it a “sensitive, personal situation” and said it’s “not something we need to legislate from Columbia.”

“I ask you to please not pass this legislation,” she asked the House.