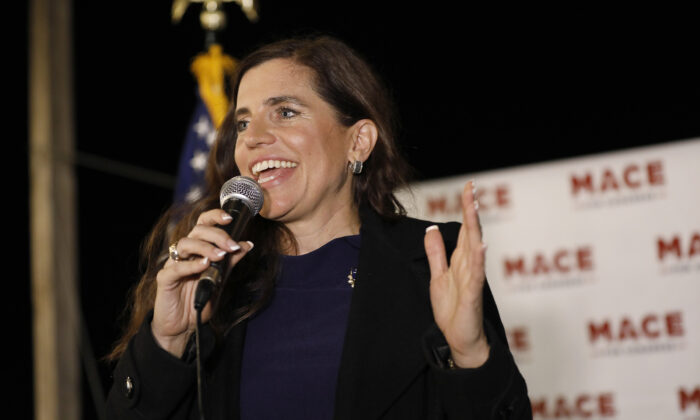 The Preventing Animal Abuse and Waste (PAAW) Act of 2021 would prevent the NIAID director, currently Dr. Anthony Fauci, from conducting or supporting research that could result in death, irreversible damage, significant pain, or distress to dogs. The bill, which has bipartisan support, also requires that NIAID report to Congress ongoing dog experiments, its plan to phase out dog testing, and how much money is being spent on the experiments.

In October, 24 lawmakers, led by Mace, sent a letter to Fauci asking about NIAID’s dog experiments disclosed as a result of the White Coat Waste Project’s (WCWP) Freedom of Information Act (FOIA) requests.

“As an animal lover, I was recently disturbed to learn about the National Institute for Allergy and Infectious Diseases’ barbaric taxpayer-funded experiments on beagle puppies,” Mace said in a statement. “In fact, I wrote Dr. Fauci a month ago asking specific questions related to this gruesome testing. And do you think I received a single response? Far from it.”

The FOIA documents obtained by WCWP showed that NIAID had spent $1.68 million in taxpayer funds on drug tests involving 44 beagle puppies, which involved force-feeding the puppies experimental drugs before killing and dissecting them.

The documents also had an invoice to NIAID that included a line item for a “cordectomy,” a procedure that involves cutting a dog’s vocal cords to prevent them from barking, howling, or crying.

“This cruel procedure—which is opposed with rare exception by the American Veterinary Medical Association, the American Animal Hospital Association, others—seems to have been performed so that experimenters would not have to listen to the pained cries of the beagle puppies,” Mace said in the letter to Fauci. “This is a reprehensible misuse of taxpayer funds.”

Another experiment involved placing drugged beagles’ heads inside mesh cages where they were bitten by sandflies.

In November, Mace sent a letter to House Oversight Committee Chair Carolyn Maloney (D-N.Y.) asking for a hearing on the experiments.

“Over the last two weeks, we have learned about barbaric, taxpayer-funded, government-led experiments on animals—specifically puppies,” Mace said in the letter. “As I’ve started to dig into this issue, the more I learn, the worse it gets.”

The monkeys, which are owned by NIAID, are acquired from Morgan Island, South Carolina, where the animals are bred and maintained.

The document showed that NIAID has spent $13.5 million in taxpayer funding on experiments that involve injecting the monkeys with infectious diseases such as Ebola and the Lassa virus that result in hemorrhaging, pain, brain damage, loss of motor control, and organ failure.

Justin Goodman, vice president of advocacy and public policy for WCWP, previously told The Epoch Times that in many of the experiments on monkeys, pain relief was withheld.

Mace sent another letter to Fauci regarding the housing of monkeys on what locals call “Monkey Island.”

“The deeper I dig into the taxpayer-funded animal testing of Dr. Fauci, the more horrific it gets,” Mace said. “I’ve always heard stories about Morgan Island in my district, off the coast of St. Helena, but like many, I thought it was a sanctuary for retired and rescued monkeys.

“Recently, we found out that up to 600 of these monkeys are captured every year from the island and subjected to cruel and barbaric testing from NIAID, including purposefully infecting them with debilitating and painful diseases while withholding pain relief. This is abhorrent.”

NIAID didn’t respond to a request for comment by press time.