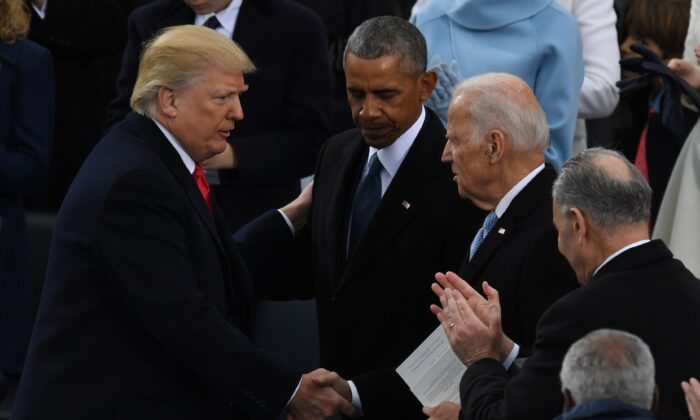 Sorry, America. Reconciliation Is a Long Way Off After the Election

Greg Gutfeld, on his Fox show this past weekend, said that if Joe Biden is elected, he will be “my president.”

Excuse me if I say that Gutfeld, of whom I am a big fan and with whom I almost always agree, was being a bit disingenuous, especially considering everything else he has said about Biden during the show and on many previous occasions.

But maybe he’s a better man than I am, Gunga Din or not.

I’m going to have a tremendous amount of difficulty accepting Biden as president of the United States unless a truly significant problem is resolved—that is, of course, the outstanding legal and ethical issues surrounding his son’s, brother’s, and apparently his—to an as-yet-unknown extent—dodgy and possibly worse business dealings with the communist Chinese, Ukrainians, Russians, and seemingly a virtual U.N. of nefarious others. … but especially with the Chinese.

Call me anti-science or whatever, but at this point in history, I find communist China a greater “existential threat” to humanity than climate change. But maybe that’s because my family background makes me hypersensitive to concentration camps, not to mention forced operations performed on ethnic or religious minorities.

Obviously, a great many of my fellow citizens feel differently. Forget global warming, China, or anything else, they find President Donald Trump himself an “existential threat” of, well, global proportions.

Some of the more extreme of the Antifa or Black Lives Matter stripes (part of that group anyway) are happy to take their disdain for Trump and the American system in general to a level of what the late filmmaker Stanley Kubrick, adapting an Anthony Burgess novel, called “a little of the old ultra-violence.”

Ergo, we have businesses and homes boarding up their windows and entrances all over the country, hedging against an explosion that would be caused by a Trump victory, which we were told for months is unlikely.

That’s the assumption, but it’s a bit naive. A reading, or rereading as the case may be, of Thomas Carlyle’s history of the ever more relevant French Revolution tells us the Antifas of the world are just as likely to work their mayhem no matter which side wins. It’s the mayhem itself to which they are addicted (or for which they are being paid, whatever applies).

Meanwhile—and dwarfing Antifa, BLM, or just about anything else—are the legion of Trump supporters seen gathering spontaneously in unprecedented (no exaggeration) numbers across the country.

One video entry on Twitter showed a Trump car parade on an Arizona highway that ran, according to the poster, 96 miles. Is that possible? Even if you reduced that to 9.6 miles, it’s somewhere over the rainbow. Other photos showed Trump rallies in Pennsylvania and Michigan (in freezing weather) with crowds rivaling the Super Bowl.

One report had Trump’s rally stats outnumbering Biden’s by 500–1, and I suspect that overcounts Biden’s, who is relying on the pandemic to pull him through.

So where does this leave us after the election?

As you can tell from my headline, normally an optimistic person, I’m pessimistic, at least in the short run. It will be a long time before there will be “bluebirds over the white cliffs of Dover” for the United States—or for the UK for that matter.

Neither side is prepared to accept defeat and reconcile, except perhaps Greg Gutfeld, and, as I noted, I’m suspicious.

A monumental Trump victory, dreamed of by the right, staunching the deep wounds created by the dishonesty of the mainstream media during the Mueller investigation, is unlikely to happen, given the polls.

They can’t be THAT wrong, although, of course, they can and have been erroneous enough to be largely dismissible as propaganda.

A sweeping Biden victory will be looked on as fraud, given the (at best) vagaries of mail-in voting and the immense and fervent Trump crowds.

What we are likely to have is a close, or relatively close, election that’s determined, we can only hope, in a few days. Maybe, just maybe, we will avoid a massive outbreak of violence. Some is, unfortunately, inevitable.

And, yes, a Trump win, especially a narrow one, means more trouble on our streets in the short run.

So how then to return to the halcyon days of that democratic republic of people caring about each other described eloquently so long ago by Alexis de Tocqueville?

Are there enough people who even care?

For those who do, three words of advice: Reform our schools. That’s the most important thing and where you start. And, interestingly, in his recent speeches, Trump seems to know that.