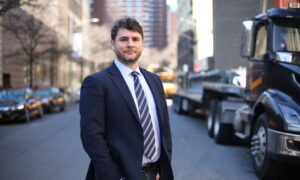 James Lindsay: A Deep Dive Into “Critical Social Justice” & How It Took Over the Humanities
0 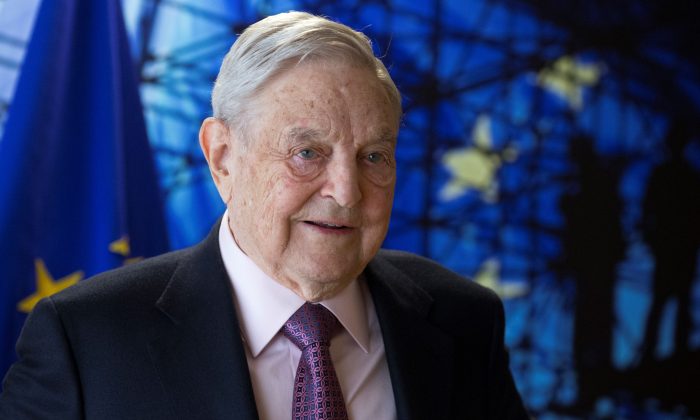 George Soros, founder and chairman of the Open Society Foundations, arrives for a meeting in Brussels, Belgium, on April 27, 2017. (Olivier Hoslet/AFP/Getty Images)
Politics

The organization founded by billionaire financier George Soros will pour $220 million into initiatives that seek to advance the cause of racial justice and equality.

The Soros-backed Open Society Foundations said in a press release Monday that the money would be channeled to organizations and leaders in Black communities across the country, aiming to boost efforts to sustain the momentum of the police reform and racial justice movement sparked by the death of George Floyd.

Floyd’s death in police custody in May led to mass protests, some of which were marred by looting and riots, igniting fears that radical activists were seeking to hijack what the Open Society Foundations calls the “nation’s historic movement towards racial justice.”

The aim of the $220 million investment is “to build power in Black communities, promote bold new anti-racist policies in U.S. cities, and help first-time activists stay engaged,” the organization said in a separate statement.

The foundation said it will invest $150 million in five-year grants for Black-led racial justice groups, while $70 million would be earmarked for a range of initiatives that include supporting local governments and organizations with technical expertise on “navigating municipal budgets” to help cities implement a new vision of public safety that includes “moving beyond the culture of criminalization and incarceration.”

“This is the time for urgent and bold action to address racial injustice in America,” Alex Soros, George Soros’s son and the deputy chair of the Open Society Foundations, said in a statement. “These investments will empower proven leaders in the Black community to reimagine policing, end mass incarceration, and eliminate the barriers to opportunity that have been the source of inequity for too long.”

Floyd’s death has given new impetus to police reform and efforts to further root out racism, something Attorney General William Barr said has been moving forward for years, although he rejected the notion that America’s institutions are “systemically racist.”

“Since the 1960s, I think we’ve been in a phase of reforming our institutions and making sure that they’re in sync with our laws and aren’t fighting a rearguard action to impose inequities,” Barr said in a June 7 appearance on “Face the Nation.”

“I think there’s racism in the United States still, but I don’t think that the law enforcement system is systemically racist,” Barr said.

Claiming that racism “is embedded in every level of government and in our penal and justice systems,” Open Society Foundations’ President Patrick Gaspard said in a statement that the “struggle to dismantle systemic racism” remains an ongoing effort.

“The power surge of people who have taken to the streets to demand that this nation do better—people of all ages, from all backgrounds, and in every corner of this country—gives hope to us all,” Gaspard said.

Part of Soros-led organization’s investments will also fund student internships and fellowships “that focus on racial justice, democracy, organizing, and mentorship,” in a bid to help activists stay engaged.

Soros has used over $32 billion of his personal fortune to support the work of his Open Society Foundations, the organization said.