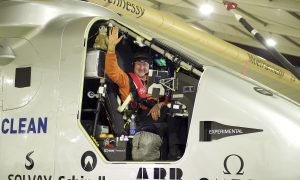 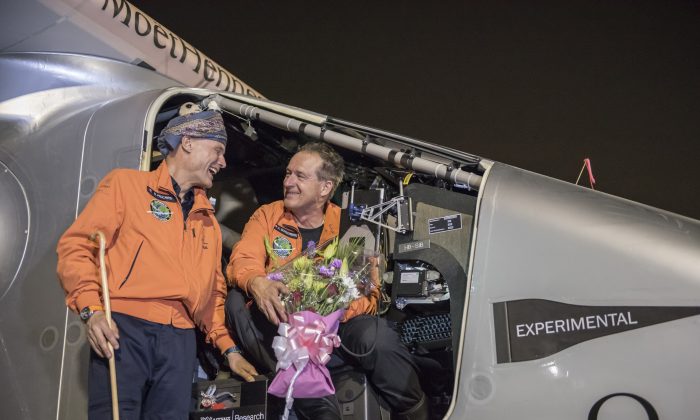 Swiss pilot Andre Borschberg is flying the plane solo during the roughly five-day trip beginning early Wednesday. He plans to take short naps, do yoga and meditate to endure the lack of sleep.

The airplane carries no fuel, so project engineers are using simulations to determine when it is safe to fly. The first Pacific leg is the riskiest because there is no place to land.

Borschberg had been waiting for a seasonal weather front stretching from Alaska to Taiwan to clear enough for him to leave the central Japanese city of Nagoya.