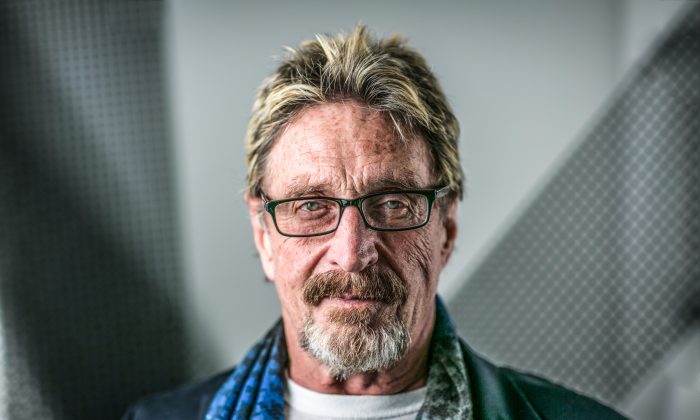 The body of antivirus pioneer John McAfee has yet to be released from a Spanish prison more than seven months after his death, according to his family.

McAfee was arrested last October at the Barcelona airport on a warrant issued by Tennessee prosecutors who accused him of evading more than $4 million in taxes.

The 75-year-old software pioneer died on June 23, 2021, just hours after a Spanish court ruled that he could be extradited to the United States on the tax evasion charges.

However, his body is still in a “prison morgue freezer somewhere in or near Barcelona” as Spanish Judge Victor Espigares Jimenez, who is presiding over the investigation into McAfee’s cause of death is still probing the incident, his daughter, ex-wife, and lawyers told MarketWatch.

In the meantime, the software entrepreneur’s daughter and ex-wife are reportedly separately fighting for custody over his body.

“To my knowledge, they have done nothing to the body,” Joy Athanasiou, the attorney who is representing McAfee’s daughter Jen, told MarketWatch. “It has been sitting there [in a freezer in a Spanish prison morgue] all these months.”

Athanasiou added that while it was unclear what exactly was causing the hold-up, slow proceedings in the Spanish court and possibly a backlog of medical examinations of COVID-19-related deaths in Spain may have contributed to the delay.

Jen McAfee said she wants her father’s remains transported to the United States so that he can be cremated but has recently given up her legal claim to his body to prevent additional delays.

Athanasiou also said that she had expected amicable negotiations with Javier Villalba, the lawyer for McAfee’s ex-wife, Janice McAfee, and that the process would run smoothly and quickly.

However, Athanasiou and Nishay Sanan, the lawyer who represented McAfee in extradition cases while he was imprisoned in Spain, told MarketWatch that negotiations had stalled partly because they had been unable to reach Janice McAfee.

Meanwhile, the Spanish court has reportedly insisted that Athanasiou represent Jen McAfee in person or find a local attorney to represent her, creating further problems.

“We need someone physically there to file documents or formal court actions,” Athanasiou said. “We have communicated through email as well as online communications systems in Spain, but it does not count as a formal submission.”

Officials in Spain said that McAfee’s cause of death was likely suicide, however his widow Janice McAfee claimed that his death was not suicide and that the U.S. federal government was responsible.

“I blame the U.S. authorities for this tragedy. Because of these politically motivated charges against him. My husband is now dead,” she told reporters in June last year, adding that he wasn’t suicidal.

“His last words to me were, ‘I love you and I will call you in the evening,'” Janice McAfee said. “He would have never quit this way, he would never take his life in this way, ever.”

McAfee’s last words to her were “not words of somebody who is suicidal,” his ex-wife said.

In December, Janice McAfee wrote on Twitter that “since John’s death there has been an effort to guarantee that I would not make it to my next birthday although I believe the ultimate goal is to ensure that I do not leave Spain alive.”

It is unclear exactly where Janice McAfee is currently residing.

“Apparently I am a loose end that needs tying up,” she added in the post.

The Epoch Times has contacted Janice McAfee and Spanish authorities for comment.