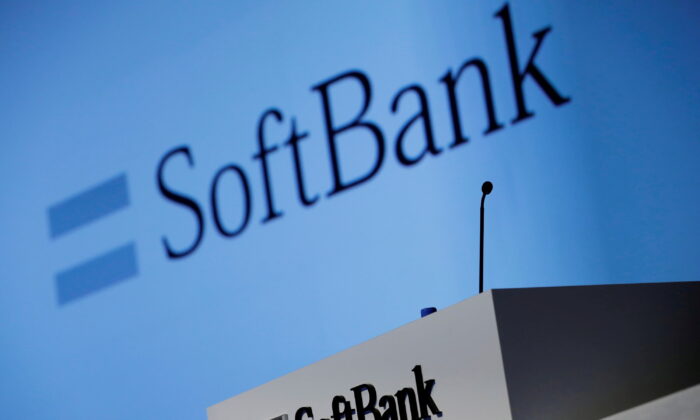 The loss was in stark contrast to a year earlier when SoftBank delivered a record annual profit, putting founder and CEO Masayoshi Son’s strategy of concentrating heavily on riskier, high-growth stocks under more scrutiny.

Investors are now increasingly questioning whether many of the once high-flyers it has invested in have a clear path to profitability. South Korean e-commerce firm Coupang is trading 70 percent below its listing price. Ridehailers Didi Global Inc. and Grab Holdings, also tumbled during the January–March quarter.

“When the world is in disorder, SoftBank should play defense,” Son said at a subdued briefing following the earnings announcement, pledging to bolster the group’s cash position through asset monetization and tighten investment criteria.

Son’s earnings presentations are closely watched for clues into his thinking about the future of the sprawling tech conglomerate. On Thursday, he repeatedly emphasized the group’s financial prudence and the prospects for chip designer Arm, which SoftBank hopes to list in the United States.

Vision Fund has 475 companies in its portfolio and made 43 investments during the fourth quarter. It is slowing the pace of investment as private prices lag the fall in public markets.

While 20 portfolio companies raised funds at higher valuations during the quarter, SoftBank also marked down some of its unlisted assets, in sectors such as consumer, fintech and transportation, contributing to the record loss.

SoftBank was likely to invest half or even a quarter as much as last year, Son said, as part of a pledge to keep the group’s loan-to-value ratio, which was 20.4 percent at March-end, below 25 percent.

Son, 64, has described SoftBank as a goose laying golden eggs but the pace of listings has slowed with one notable recent exception, Indonesia’s GoTo, sliding since going public last month.

SoftBank’s own shares fell 8 percent ahead of earnings to 4,491 yen and are down more than half from highs in March last year. The group is 40 percent through a 1 trillion yen buyback program launched in November.

The group’s annual net loss was 1.7 trillion yen ($13.15 billion). The Vision Fund unit’s assets, including the Latin American funds, were worth $175.6 billion at March-end. That compared to an acquisition cost of $141.6 billion.

SoftBank also recorded, in its non-consolidated earnings, a 669.5 billion yen loss due to its SB Northstar trading arm, which placed bets on listed stocks and derivatives but racked up personal losses for Son.

The unit’s activity was part of a push to diversify SoftBank’s portfolio beyond e-commerce company Alibaba, whose shares have fallen by more than two thirds as regulatory action roils China tech companies.

Even as Son emphasized his current conservatism, the billionaire reiterated his belief in the “information revolution” with a graph showing the current market downturn as a blip before internet companies resumed their upward climb.

“In a year or two I think the stock market will recover and then the timing to go on the offensive will return,” Son said.