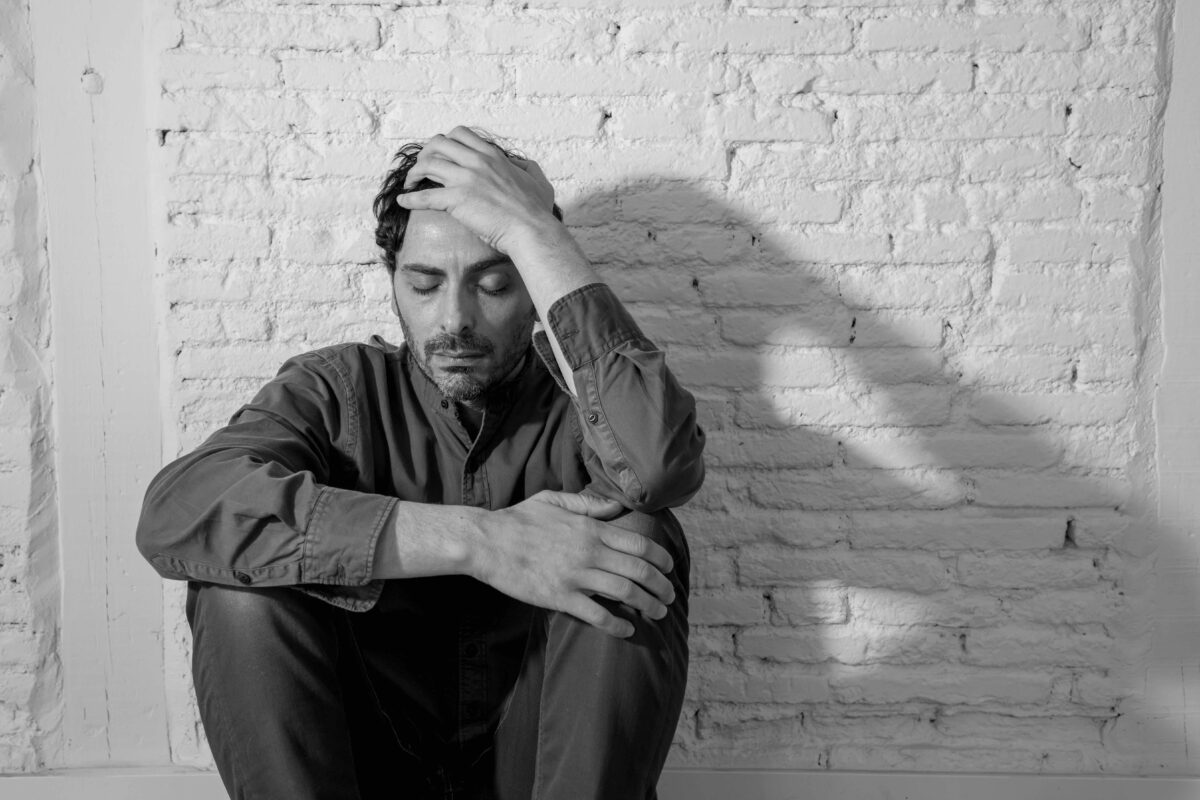 The Crippling Costs of Social Anxiety

Modern technology and a perfectionist culture feed an affliction of isolation
BY Conan Milner TIMENovember 29, 2020 PRINT

We all need moments of solitude, but people are primarily social creatures. Connecting with others gives us a sense of meaning and purpose, and helps us make our way in the world.

That’s why social anxiety can be so devastating—it injures our ability to connect.

Sometimes known as “social phobia,” this affliction can turn an otherwise ordinary social interaction into a humiliating experience. It starts as a worry and a loss for words. Then it builds to a panic. Over time, it develops into a deep sense of inferiority.

Writer and editor Jazmin Cybulski has struggled with social anxiety for most of her life. She describes feeling distant in social situations for reasons beyond her control. During bouts of social anxiety, her usual facility for language escapes her. Sometimes it strikes when she’s one-on-one with a person she admires. Other times, it hits when she’s in a room full of people.

“It’s like there’s a disconnect between my brain’s ability to cope with whatever situation is happening and my desire to be fully engaged in the situation,” Cybulski said. “I want to be there, but my brain won’t let me fully be there.”

Shaun Walker, creative director and co-founder of a marketing and PR agency, has suffered from social anxiety since he was a teen. An introverted individual from a family of extroverts, Walker says he feels like there’s something wrong with him, but he’s not sure how to fix it.

“I’ve seen a psychologist for this and now take prescriptions, which helps with the anxiety, but I still feel at times disappointed in myself in social scenes,” he said. “I want to talk more; I do. But I just don’t. I don’t know what to say or am held back from previous experiences.”

These are common themes according to Jonathan Berent, a clinical social worker and therapist from Great Neck, New York, who has devoted the past 40 years to understanding and treating social anxiety. Berent has written three books on the subject, and has had consistent clinical success with helping clients deal with social anxiety.

“It’s very rewarding when you can help people like this because there are profoundly positive things that can happen,” he said.

An Affliction of Avoidance

Low self-esteem and a sense of missing out can haunt those with social anxiety, but freeing oneself from this mindset can seem like an impossible task. The impulse to avoid social situations is strengthened by a feeling of defectiveness, resulting from uncontrollably weird or stilted behavior in the presence of others, feeding a vicious cycle.

To cope with the pain of being around people, social anxiety sufferers often develop a knack for numbing themselves to the outside world. That’s why Berent calls it “the disease of resistance.”

“As a defense mechanism, sufferers learn to disconnect from thoughts and feelings associated with anxiety. This detachment leads to avoidance and repressed emotion, which recycles negatively,” Berent said.

Social anxiety is estimated to impact as much as 7 percent of the population, but the actual number may be much larger. Experts believe that many cases go undiagnosed because sufferers are too embarrassed to seek help.

One form of social anxiety that most people can relate to is the fear of public speaking. We become more self-conscious when a crowd is focused on our speech and appearance. Now imagine if you always felt under the spotlight—your every word and action subject to intense public scrutiny.

Often confused with shyness, social anxiety isn’t about having a quiet or timid disposition, but rather a constant fear of ridicule and rejection. It’s thinking too much about what to say to avoid looking foolish, and looking more foolish in the process.

For some, classic symptoms of embarrassment—such as blushing, stammering, and sweating—flare up. Quirks and flaws seem to magnify in the presence of people, the mind goes blank, and self-esteem shrivels.

There are no data available to show a rise in social anxiety, but therapists report seeing more people who struggle with it in recent years. Cybulski believes the cultural pressure to be perfect plays a big role.

“We all are told to be the best in everything, but no one is perfect, and that expectation is crippling to a lot of people,” she said. “This extends to social situations. We don’t want to be seen as failing at being perfect at sociability, but that fear of failure causes us to fail anyway.”

Side Effects of Technology

In a society that emphasizes competition, increased productivity, and perfect performance, social anxiety follows along.

Technology perpetuates this affliction as our convenient gadgets keep unwanted human contact at a comfortable distance.

Everyone has social needs, and people with social anxiety naturally gravitate toward social media to meet those needs. This format allows anxious individuals the time to craft exactly what they want to say without the pressure, awkward silences, or embarrassing behaviors that might arise with an actual person in real-time.

In an article exploring the rise in social anxiety and why people are reluctant to seek help, psychologist Dr. Laura Chackes says social media is sometimes the only way socially nervous people will interact with others. But this strategy can backfire, inflicting some of the ugliest features of online culture on extremely sensitive individuals.

“They are at an even higher risk of the negative effects related to comparisons to others, being left out, and cyberbullying,” Chackes said.

Too much reliance on technology may also erode our people skills. Author and travel blogger Lauren Juliff has suffered from social anxiety for most of her life. She works online, so it’s easy for her to avoid other people. But her social anxiety got much worse while working on a time-sensitive project a few years ago.

In 2015, Juliff landed a book deal that demanded a finished manuscript in just a few months. She agreed to the tight deadline and hunkered down—working 18-hour days and rarely leaving the house.

When she finally emerged, Juliff hadn’t seen friends or even felt the sunlight on her skin for four months. Just being outside made her jumpy and nervous, and talking to people felt too far out of her comfort zone.

“I overanalyzed everything I said in a conversation for months afterward, beating myself up if a joke didn’t land or if I couldn’t find anything to say when faced with an awkward silence,” Juliff said.

There were physical symptoms, too. Talking to friends would result in dizziness and heart palpitations. Simply walking to a friend’s house would trigger severe stomach cramps. Juliff would have to turn around and go home, reporting through text that she was too sick to meet up.

“On the rare occasions when I was able to push through the pain, I’d arrive and be so nervous I was going to say something weird that I’d opt for saying nothing at all, and stand on my own in an awkward silence,” Juliff said. “It got pretty bad.”

Juliff’s is an extreme case, but in a world in which texting has replaced talking as the dominant form of nonpersonal communication for people under 50, it may be a sign of a growing trend.

Berent believes that with our increased dependence on technology, the neural pathways required for basic social skills, such as verbal communication, have started to atrophy.

“This is really becoming an epidemic,” he said.

Social anxiety doesn’t just go away on its own. Therapists and sufferers agree that challenging social fears is essential to recovery.

For Juliff, this meant learning to let go of what other people thought, and forcing herself to do things that made her uncomfortable, such as asking a stranger a question, accepting invitations, or inviting friends to her house. To keep calm, Juliff turned to meditation.

“I found that if I meditated before going outside, I would leave the house feeling relaxed, which then helped me feel better equipped to deal with talking to friends,” she said. “I realized I stopped overanalyzing every word that came out of my mouth, too.”

The conventional strategy for addressing social anxiety is cognitive behavioral therapy with the option of medication if anxious feelings prove too difficult to get under control. But Berent doesn’t think these strategies alone get to the heart of the problem.

“Cognition is very important; everything starts with a thought. Behavior speaks for itself. But this doesn’t work with the core issue, which is anger and how it’s related to physiology,” he said.

This insight is inspired by the work of the late Dr. John Sarno, a professor of rehabilitation medicine at New York University School of Medicine known for his surprisingly effective yet controversial idea. Sarno discovered that most chronic back pain could be traced to repressed rage. Berent sees the same pattern in social anxiety.

“This is the quintessential disease of resistance because people don’t want to feel it,” Berent said. “Once they start processing the anger, the goal is to channel that into productive energy.”

These people have a lot to be angry at. Living in constant fear of what others think is an enormous burden to carry and makes life extremely limiting. It also prevents a lot of the good experiences spending time with others has to offer, such as building healthy relationships.

People who don’t suffer from social anxiety often believe you can simply snap out of it given enough willpower. But some say recovery is the hardest thing they’ve ever done.

There is a big reward for coming out the other side. Berent teaches his patients to learn how to harness the adrenaline surges that once tripped them up, and use it as a means to focus, stay present, and zero in on what they truly want to communicate. The result is engaged, sincere, and more meaningful interaction.

Getting to this place requires introspection. Someone who spends most of their time alone may believe they already excel at this skill, but Berent insists that being in your head isn’t the same as going inside.

“They can be more worrying; more ruminating. But introspection is a different process. It’s looking at and identifying what is. Then it’s emotional agility—the process of identifying the specificity and intensity of feelings, as well as how the thinking is gluing it all together,” he said.

Because of the work and courage required for recovery, a key quality to pursuing this process is initiative. For some, the motivation is the promise of dating, or better employment opportunities. For Juliff, it was a realization that all her close friends had moved on because she was unable to maintain a relationship.

“I knew I had to make a change or I’d end up miserable and alone for the rest of my life,” she said.

For those who lack initiative, they may never be able to break free.

When parents contact Berent for help because their adult, unemployed, live-in son or daughter spend their lives playing video games, they are often surprised when he wants to talk to them first. But the parents may not realize that they are standing in the way of their child’s initiative.

“This is an addiction to avoidance,” Berent said. “So if you do not teach the enablers what to do, this problem will sustain itself.”