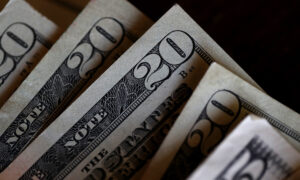 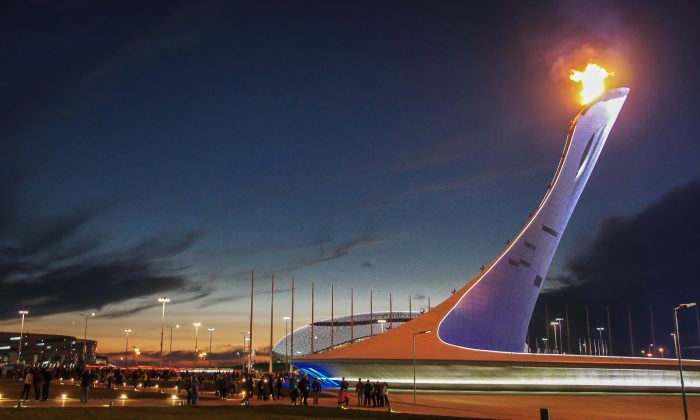 People walk past the Olympic flame at the 2014 Sochi Winter Olympics in the Olympic Park on February 23, 2014 in Sochi, Russia. (Pasha Kovalenko/Epoch Times)
Opinion

Sochi 2014: The Most Contested and Social Olympics Ever

The XXII Olympic Winter Games at Sochi, Russia have exceeded all expectation. This is the reality of the 2014 Olympic Games.

Now that we can dismiss all the warnings you heard about impending terrorist doom, in the hours before Sochi 2014 ends, we need pay no mind to the throngs of stray dogs, or the “abused” LGBT protesters. Neither should we concern ourelselves with fables of new Russian Czars. Those police herding visitors to gulags, those are a myth as well. This sporting spectacle was not only a huge success, Sochi was also the most social Winter Olympics in history. More than this though, Sochi has proven how hopeful the Olympic movement makes us. As human beings we can overcome any obstacle and criticism.

Sochi, So, So, Social

Some interesting facts about Sochi and social bear mentioning. For one instance, the Sochi 2014 website had more visitors in one night than Vancouver 2010 did in the entirety of the games. The measure of tweets of Olympic sport on Twitter shows these games surpassing both Vancouver and London. In our own circle of social friends especially, the Olympic tweet or even “selfie” became commonplace.

Here’s Lisa Vella, a past writer for Everything PR News, donning her Red-White-and-Blue to spur Team USA on:

During the opening ceremony, Sochi 2014 was tweeted at a rate of 10,000 per minute. Some 10,000,000 tweets about the Olympics registered during the ceremony. On the positive side of Sochi Social, sports fans and athletes interacted during these games as in no previous ones. I myself communicated freely with legendary sports heroes on social media, like Felix Loch, Katarina Witt (see her seflie), and Evgeni Plushenko.

Sochi resident Pasha Kovalenko’s selfie below—with Olympic champions Tatiana Volosozhar and Maxim Trankov, and Silver medalists Ksenia Stolbova and Fedor Klimov—brings them so close to us all.  The talented Sochi photographer met up with the medalist at a Bosco shop in town. Sochi is, after all, a small town.

As amazing as the Sochi and Russian welcome mat to the world has been, negatives have played a huge role. Never before in Olympic history has media reporting ventured so far into the irresponsible. The political leveraging of these games took on a proportion of almost unbelievable dimension. Athletic accomplishment was at times overshadowed or outshone by outright lies.

The legitimate causes for activism have suffered since the miring down of journalism with misinformation or worse, outright racism. If we consider Russia a Slavic nation, ethnocentrism appears to be playing a part here. Cultural studies aside, so much has gone on while Sochi 2014’s been underway. Here’s some fact and fallacy to ponder:

Fake negative imagery  goes viral – most of which is later debunked. Most notably, BBC’s Steve Rosenberg’s “twin toilets” is an image taken during renovation according to Da Russophile.

LGBT intolerance is fanned into full-blow homophobia or worse

The “terrorism myth” was leveraged against Putin and Sochi by Western press–Russia, in fact, far less terroristic activity than most imagine according to the Global Terrorism Database.

Much is made of the alleged $51 billion Sochi price tag, in reality the “games venues” cost less than those at Vancouver in 2010. Meanwhile, regional infrastructure and improvement accounts for the rest.

The propaganda bullet of thousands being evicted in western press NEVER relays the fact compensation for citizens relocation there averaged $100,000 per.

Leading writers even professed their open bias on  The Guardian before the games even start. These opposing pundits included; Salman Rushdie, Günter Grass, EL Doctorow, Margaret Atwood and Tony Kushner, just to name a few.

Jimmy Kimmel Reveals “Epic #SochiFail: Wolf in My Hall” Prank making utter fools out of hundreds of journalists who bought it. This moment also showed the state of journalism during these Olympics.

Finally, some experts proclaim Sochi has rekindled Russophobia as a vocation. In short, people make a living off fostering hate of Russia.

For those who just assumed you were watching another sporting event, maybe this quote from BAE Systems’ first report offers clues into what’s really gone on:

“In our Feb. 7 report, “Distributed Denial of Sochi,” we noted DDOS attacks against more than 1,700 websites leading up to the beginning of the winter games. The lasting impact of those attacks remains to be seen, but one thing we can be fairly certain of is that more activity from the groups involved is yet to come, especially on social media. “Twitter storms”, spearheaded by at least two hacker collectives, are planned to begin on February 20 at 4pm EST.”

The positive social trend of Olympic ideals shows the average person still loves the athleticism. Sharing of Sochi moments has been phenomenal. The Twitter hashtags have also served as a definitive tool, the Sochi Twitter storm now appears to be less of an organic social media trend.  The “storm” is now a lot more like a social media campaign exacted on the Russian games.

The hashtag #SochiProblems saw more tweets than #Sochi2014 did at a point. There were others too. #OpSochi and #LegionOps were allegedly hacker instigated, as was the hashtag #paybackforSochi. Manipulation of these tags and terms by Anonymous and others reveals the depth of propaganda methods.

Utterly strange, maybe even diabolical, the trend of Russophobic tendency is counterbalanced.  The simple reality of Russian hospitality and humaneness is prevalent. We’ve encountered in Russia since our coverage began, people like Sochi photographer Nina Zotina below. Our friends at Vocus kindly sponsored Nina and Pasha Kovalenko by buying their tickets to events at my request. A shy but professional and talented Russian girl, Nina reluctantly walked into the limelight in Sochi. Though swamped with work to cover for RIA Novosti, she shows the character of those Russians you were trained to hate.

Even before the start of Olympic competition one million new likes registered on the IOC’s Facebook profile. On that profile, some 24 million people were communicating about the games in the first week of competition. The IOC Facebook and Twitter profiles alone registered more than 1.2 billion impressions in the last 30 days. Add to this the Sochi Athlete hub app engagement tool saw 40,000 image or other sharing updates in the first week of competition. And the list goes on, and on in Olympic fashion.

At Long Last the Scales Balanced

With the closing ceremonies of the games of the XXII Olympiad moments away, the eternal flame that is humanity’s spirit of excellence never shined brighter. Those of you who use Facebook can detect the inescapable success of Russia’s Olympics. Think of this, just for a moment. Whatever forces were arrayed to oppose these Olympics, they failed miserably. Sochi 2014 (and especially #Sochi2014) has been a shining success even more so. Any athlete knows, there is no victory so sweet as the win over abject adversity. The competition of ideals has been so one sided. Russia and Putin played fair, many others did not.

It is momentous to finally mention, as I type this the Russian Federation has eclipsed all other nations in medal production. With 12 gold medals, 11 silvers, and 9 bronzes, their team’s total of 32 is the best by far. One ahead of traditional gold dominant Norway, the underdog of these games has won in every respect. If I may be so bold, I envision a karate champ leader there in Russia beckoning quizzically his adversaries, Russia’s adversaries:

“How does that feel?”

Phil Butler
Follow
Phil Butler is a publisher, editor, author, and analyst who is a widely cited expert on subjects from digital and social media to travel technology. He's covered the spectrum of writing assignments for The Epoch Times, The Huffington Post, Travel Daily News, HospitalityNet, and many others worldwide.
TOP NEWS