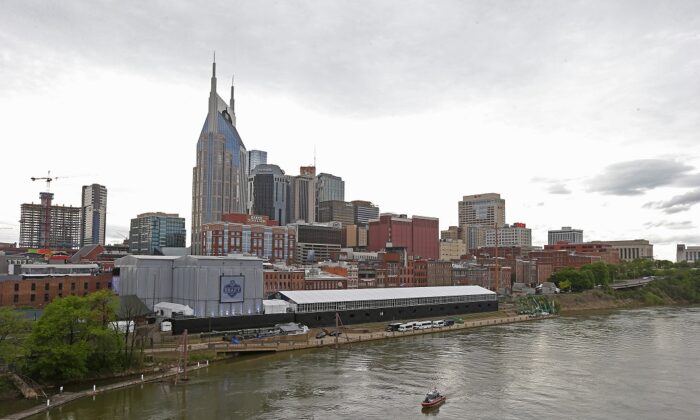 So You Wanna Move (to a Red State)?

In the now three and a half years since I have decamped with my family from Los Angeles to Nashville—some have called us “early adopters”—I have spent considerable time on phone, email and texts with old friends and acquaintances in New York and California who are asking me what it’s like. Am I happy? Should they move? What’s best—Florida, Tennessee, Texas or someplace else?

Although answering the question “should they move?” for someone else is rather like answering for them should they marry or divorce—it’s too big a decision and really none of your business—that doesn’t stop me from almost universally saying yes.

I do this because I have been in L.A. and NY lately and know them to have turned into the ghosts of their former selves—basically hellholes.

I haven’t been to Chicago for a few years, but it seems to be, if anything, worse. And when I was in L.A., covering the late, lamented Larry Elder campaign, I didn’t even want to go to San Francisco. That was a Golden Gate Bridge too far.

It’s not just the pervasive homelessness and the escalating Clockwork Orange-like ultra-violence, the actual souls of the cities that I knew very well—born in NY and lived decades in LA—seem to have vanished.

Who wants to sing “New York, New York” or “I Love L.A.” anymore? And can you imagine leaving your heart in San Francisco? What has happened is a true American tragedy—and it’s not just because of COVID, although that helped. The cancer has been growing for a long time.

It could be said you should stay to help resuscitate these cities although I would argue you do more for them by leaving, making those governing the cities—universally Democrats, as everybody knows—and even more those dopey enough to have voted for that governance, wake up.

And yet… and yet… and yet… moving is not easy. And I’m not just talking about the onerous task of packing up years of possessions and trucking them cross country. That’s bad enough, though transitory.

You carry yourself, your quirks and neuroses, with you wherever you go from Knoxville to Kuala Lumpur and you don’t know exactly the extent of that until you are forced, or force yourself, to change years of habit.

Just as much, the places you are going have their own quirks and neuroses, their own patterns, also established for years. Where do you fit in?

Moving from a blue state to a red state is not an instant transformation yielding spiritual and political liberation. There is work to be done—on yourself and on the locale itself.

I can speak most accurately about what it means to move to the Nashville area but I would imagine it’s a paradigm for some other migrations.

In itself Metro Nashville, as they call it, embodies the culture clash we are seeing across America. Nashville the city, contiguous with Davidson County, is decidedly blue, while neighboring Williamson County, really part of the metropolitan area—I described it earlier as “Republican Heaven”—is red, although problems exist there as well, especially in their supposedly vaunted schools. The state is, of course, quite red.

People and businesses are pouring into the area in droves. An article just the other day in the liberal San Francisco Chronicle—‘What Austin felt like 10 years ago’: Is Nashville the next hot spot in the Bay Area exodus?—gives some idea of what is happening.

Who is coming here—and to other red states? Conservative families escaping the depressing “Woke” hegemony of the blue states or young technocrats, largely liberal or progressive, chasing high-paying jobs at the new installations being built here by Amazon and Oracle.

So far, on balance, I would say the former still hold sway. That seems to be true in Florida as well, where Governor DeSantis’ policies, more—shall we say—forthright than those of many local GOP politicians here in Tennessee, have engendered a Republican majority in that state for the first time. Georgia seems more problematic.

Although daily life is considerably better here—most Democrats in red states are not as hardline progressive as those in blue states and lockdowns are not in the offing; fewer people are masked; restaurants don’t ask for vaccine cards and so forth—a war is very much going on for the hearts and minds of red America.

As I was writing this a friend sent me a link to an article in the Tennessean, the conventionally liberal but not wildly sophisticated local paper: “Williamson County Schools working to identify people who distributed flyers against Wit & Wisdom.”

“Williamson County Schools is working to identify people who distributed flyers outside at least 11 elementary schools and one middle school. The district said the individuals were in violation of policy because they did not have permission to be on the campuses.

“The unapproved visitors distributed materials in opposition of a disputed English language curriculum Dec. 16. Local conservative nonprofits Parents’ Choice Tennessee and the Williamson County chapter of Moms for Liberty were named on the materials.”

Actually it wasn’t just the moms this time. I have been informed some dads may have been involved too.

You can guess the contents of the “disputed” euphemistically-titled Wit & Wisdom curriculum. AOC and Ilhan Omar would definitely approve.

This is another skirmish in the ongoing battle for the hearts and minds I just mentioned.

If you choose to move here or to one of the other red or reddish destinations, you will have the opportunity to get involved in that struggle by engaging in local politics. Those who are of a conservative turn of mind often find themselves much more drawn to local politics than they were at home because here they have more allies and more avenues. Also, they can make a greater impact, so it is actually more rewarding.

A surprising number of newcomers do. We did.

I have good deal more to say about all this. The internal migration going on across America is complicated, to say the least, and potentially revolutionary in a good way. I am thinking of detailing my observations in a book.

If I do, I will let you know here to solicit stories from the many readers, I suspect, who have their own moving tales (pun intended) to share.