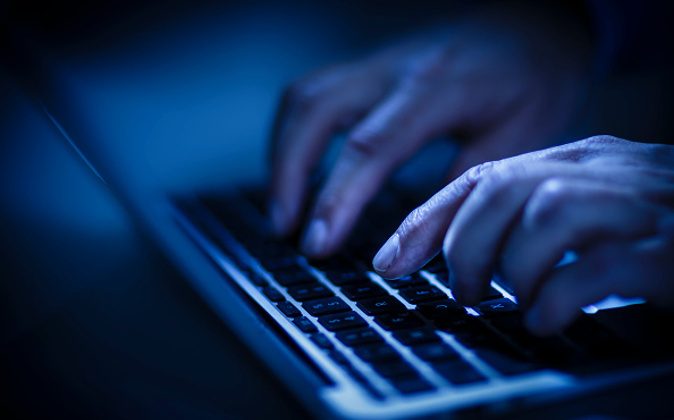 In this photo Illustration, hands type on a computer keyboard in Berlin on June 22, 2016. (Thomas Trutschel/Photothek via Getty Images)
US News

Snopes, a fact-checking website, has retracted at least 54 articles after finding that its co-founder and CEO had repeatedly plagiarized content from other websites.

David Mikkelson, co-founder of Snopes, has been suspended as the website completes an internal review of the issue.

The review has so far uncovered 54 stories that Mikkelson wrote using the pseudonym “Jeff Zarronandia” or that were published under a generic “Snopes Staff” byline, Snopes senior management said in an Aug. 13 statement.

Mikkelson plagiarized entire paragraphs from news websites for the articles, according to an Epoch Times review of some of the articles.

For example, a 2015 story about Kentucky county clerk Kim Davis denying requests from gay couples for marriage licenses, matches a Reuters article about the development nearly word for word.

A 2016 story under Mikkelson’s name about the death of boxer Muhammad Ali pulled a paragraph from an NBC article.

Readers who attempt to go to the Snopes articles in question are met with an alert that the content has been retracted.

“The post was retracted because some or all of its content was taken from other sources without proper attribution,” the pages state.

Each page now includes a link to the stories from which Mikkelson plagiarized.

The plagiarism was first identified by BuzzFeed News, which contacted Snopes, triggering the internal investigation.

Mikkelson, who didn’t respond to a request by The Epoch Times for comment, told BuzzFeed that his actions stemmed from not having formal journalism training.

“I didn’t come from a journalism background,” he said. “I wasn’t used to doing news aggregation. A number of times I crossed the line to where it was copyright infringement. I own that.”

Representatives from Snopes didn’t respond to a request for comment by press time.

“No writer participated in this behavior, nor did any editors—Doreen Marchionni, Camille Knox, and David Emery—support or encourage these practices. We have all been held to very high journalistic standards, both by our editors and by our audience. Although none of us [were] to blame for the actions of Snopes’ co-founder, we empathize with the journalists whose work was appropriated. This simply should never have happened,” the statement reads.

Marchionni and Green said in a statement that staff members have launched “a comprehensive review of the website’s archives, focusing initially on the author archives, to identify any other discrepancies or room for improvement.” They’re also developing a policy on bylines and reevaluating Snopes’s decision to not allow the website’s stories to be archived on the Wayback Machine.

“Let us be clear: Plagiarism undermines our mission and values, full stop. It has no place in any context within this organization. We invite readers to let us know here if they find any other examples of plagiarized content so that we can apply the same treatment as above,” they said.

Brooke Binkowski, a former Snopes managing editor, said that she’s been trying to call attention to the website’s editorial strategy for some time.

In 2020, she shared an email on social media that she said was sent from Mikkelson to another former Snopes employee. The email called for the writer to “mine similar sites for anything of interest” and “mine political sites for items about Hillary Clinton that we haven’t covered yet” in a bid “to keep traffic levels up.”

The email also instructed the writer to “copy stuff from any of the plethora of ‘viral items of the day’ sites and post it to” Snopes.

“Here’s the editorial strategy that I was pushing back against at Snopes (an email from my old boss David to my now-employee Kim, in his own words.) We’ve been reluctant to do this, because we wanted to give the benefit of the doubt and not drag the reporters into it,” she wrote at the time.

“However, we also know how the editorial department is run. It’s not the fault of the reporters. It’s management, and it starts at the top.”