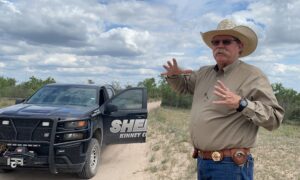 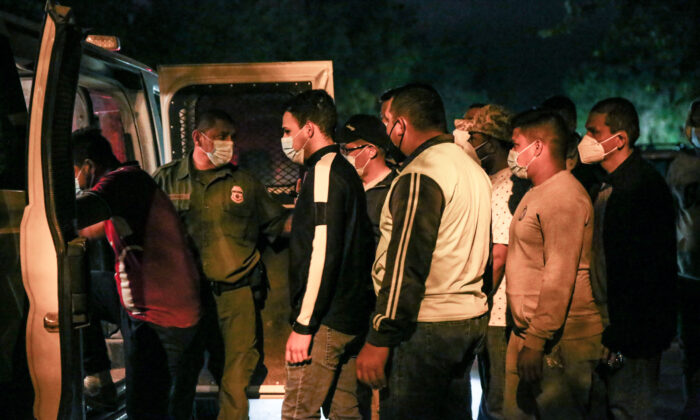 Human smugglers along the southern border are openly advertising their services on Facebook, and the social media company has fallen short on removing such content.

A plethora of user accounts have posted offers to facilitate illegal border crossings on the social media platform. Some posts even directly advertise how much they charge for the service. Rep. Kat Cammack (R-Fla.), who took office in January, repeatedly alerted Facebook to the issue, both in general and to a number of specific offending posts, but most of them haven’t been removed, she said.

Facebook has so far failed to accommodate Cammack’s request for an in-person meeting to discuss the issue, she told The Epoch Times.

Given that some of the posts in question were paid advertisements, it raises the question of whether Facebook has been taking money—at least indirectly—from criminal cartels that are known to control the human smuggling operations, Cammack said.

The Epoch Times alerted Facebook to roughly a dozen posts and groups that appeared connected with the issue. Most, but not all of them, were subsequently removed.

“We prohibit content that offers or assists with human smuggling, and remove it from our platform whenever we find it,” a Facebook spokesperson told The Epoch Times in an email.

Illegal border crossings have skyrocketed this year, after dying down during the beginning of the CCP (Chinese Communist Party) virus pandemic in 2020.

Information from Border Patrol and illegal immigrants themselves indicates that smugglers are aware of the American immigration policy climate and have used the Biden administration’s softer approach and rhetoric as an advertising tool. Specifically, the administration’s decision to no longer turn back minors caught crossing illegally has been linked to a surge of unaccompanied minors making the dangerous trek across the border, often with disastrous consequences.

“I have witnessed some of the most horrific horrors, really, crimes against humanity that you can imagine,” Cammack said. “It is not just a national security crisis. This is a humanitarian crisis.”

Drug cartels control the Mexican side of the border so tightly that nobody gets across it illegally without paying them, she learned from Border Patrol agents during her two trips to the border this year.

“This is not in any shape, way, or form a humanitarian mission that the cartels are undertaking. This is about dollars and they don’t care about the value of a human life. They care about making money, and they do it through the most brutal, authoritarian means possible,” she said.

While the posts on Facebook present human smuggling operations as trustworthy and safe, the reality is just the opposite.

“I have personally spoken to a 9-year-old girl who could barely tell me her name because her vocal cords had given out while screaming while being gang-raped by cartel members,” Cammack said, noting that the majority of girls are sexually assaulted or abused on their way to the border.

Most of the Facebook groups that appear connected with human smuggling activity are private, but there are plenty of posts that offer the illicit service publicly.

“Good morning, my people. I offer safe crossing to the U.S. Send [me a message to] my inbox for more information,” said one post translated by The Epoch Times.

“We have crossings through Lomas de Arena, Chihuahua. We offer camouflage, backpack with food. I’m currently in Chihuahua. Send me [a message to my] inbox or call me at [redacted by The Epoch Times],” another post said.

One video post said, “Ready for the adventure? In name of God,” showing footage from the border.

“People, don’t miss your chance to travel to the U.S. through asylum applications guarantee, adults with minors. For more information, [send a message to my] inbox or call [redacted],” one offer said.

“The American Dream. Cross the border 100% safe by city–don’t waste your time through foot crossing overnight–I’ll get you directly to your destination. For more information send a WhatsApp to [redacted],” one user advertised.

“We are still offering border crossing to the U.S. from any country. If you’re from another country, you can pay first upon arrival to Mexico. We also offer services to fix your arrival with or without a migration alert,” another post said.

“I have 5 spots for Oxnard, California. The paperwork is not free as you cross through the [border] line. Send me a message to [redacted] for more information. Only people truly interested,” another said.

“Travel safely to the U.S. guided by God. We have the best people–responsible and righteous. Schedule your travel date. Click this WhatsApp link [redacted]. Our cars are new and drivers with years of experience, full comfort, and friendly behavior,” yet another said, claiming, “We cover all routes inside the U.S.”

Cammack acknowledged that it’s not easy to completely get rid of such posts, given the ability of the smugglers to keep adding more.

But that doesn’t absolve Facebook of its responsibilities in her view.

“They want to play in the public square and be the new public square? They have to assume the responsibility that goes with it. And so if they allow this type of activity on their platform they need to be held to account for it,” she said.

At the very least, the company should promptly take down all the posts it’s been made aware of and adjust its algorithms so it no longer shows this kind of content to users as recommendations when they search for related keywords or just randomly stumble upon it, she said.

Honduras’s ambassador met with Cammack and asked her to help interface with WhatsApp, a messaging app owned by Facebook, “because the narco-terrorists are using WhatsApp as their primary means of communication to engage in activity that is murdering people, destroying communities, and really undermining the rule of law in Honduras,” she said.

“When you have a foreign government that’s asking for our help in communicating and working with these social media platforms, that’s a sign that they have far too much power and it’s really time for a discussion about the public square and the role of big tech in our everyday life and society, and how it’s used for good and for bad.”

“It is truly incredible the level of sheer incompetence that this administration has displayed with their handling of the border crisis,” she said.

The administration has said it’s focusing on the “root causes” of illegal immigration in the Central American countries where most illegal immigrants have been coming from in recent years. Some of the illegal aliens are fleeing gang violence in their home countries, and many are coming for better-paying jobs.

It’s not clear how the administration plans to fix the long-festering crime problems in those countries, as well as the sizable economic development gap that makes seeking life and employment in the United States attractive. The United States has been sending billions in economic aid to the countries, but the problems continue seemingly unabated. President Donald Trump managed to force the countries to curb the flow of migrants on their end by threatening to withdraw aid. The Biden administration has shown no enthusiasm for such an approach.

Pachi Valencia contributed to this report.