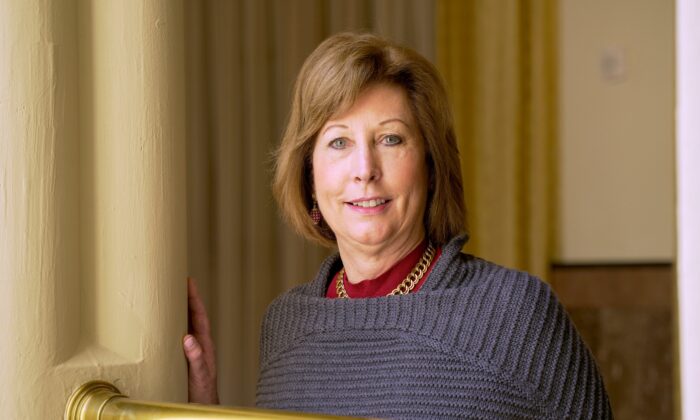 Attorney Sidney Powell said in a Dec. 23 interview with Zenger News that senior White House aides are preventing her from communicating with President Donald Trump and are blocking her efforts to assume a formal coordinating role in pursuing contest-of-election challenges on the president’s behalf.

Powell told Zenger News that she was verbally offered the position of “special White House counsel” by Trump during Friday’s meeting, but that she has been unable to present the president with paperwork that would make it official and that her appointment has effectively been blocked.

“It has not come to pass,” Powell said, “because it seems it was blocked after Friday night, or undone, or I’m not sure what you’d call it” by senior White House staff, she suggested.

“Someone threw sand in the gears?” the interviewer asked. “Something like that,” Powell replied.

“I’ve been blocked from speaking to or communicating with the president since I left the Oval Office on Friday night,” Powell said, “by apparently everyone around” the president.

Attorney General William Barr said at a press conference Monday that he doesn’t see a reason to appoint a special counsel to probe election fraud allegations.

“If I thought a special counsel at this stage was the right tool and was appropriate I would name one but I haven’t, and I’m not going to,” Barr said, adding that he stands by his earlier assessment that the Department of Justice had not found evidence of fraud of a significant enough scale that would overturn the election.

“I was commenting on the extent to which we had looked at suggestions or allegations of systemic or broad-based fraud that would affect the outcome of the election and I already spoke to that and I stand by that statement,” he said, adding that he believes “there was fraud in this election” on Nov. 3. “Let me just say that there [is] fraud in, unfortunately in most elections, I think we’re too tolerant of it,” he said.

Barr resigned from his role as Attorney General, with Dec. 23 being his last day in office.

Trump, in a tweet on Wednesday, doubled down on his calls for the appointment of a special counsel to probe election fraud.

“I disagree with anyone that thinks a strong, fast, and fair Special Counsel is not needed, IMMEDIATELY. This was the most corrupt election in the history of our Country, and it must be closely examined!” Trump wrote.

Peter Navarro, an adviser to Trump, last week released a detailed report summarizing election irregularity allegations in six battleground states, concluding that they are serious enough to warrant an urgent probe and substantial enough to potentially overturn the results.

“If these election irregularities are not fully investigated prior to Inauguration Day and thereby effectively allowed to stand, this nation runs the very real risk of never being able to have a fair presidential election again,” Navarro said in his report.

According to reporting by Newsweek, White House Press Secretary Kayleigh McEnany declined to comment about whether any senior White House officials have blocked Powell from the White House.

The White House did not immediately respond to a query from The Epoch Times regarding Powell’s contacts with Trump or the status of her appointment.