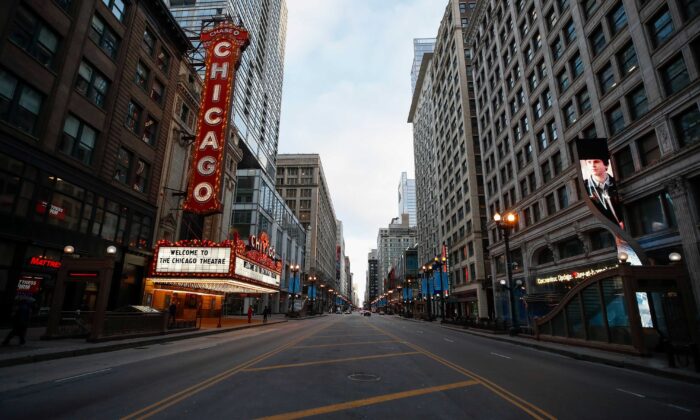 Shutting Down Economies Amid COVID-19 Will Have ‘Unprecedented’ Negative Effects: Donald Boudreaux

Shutting down huge chunks of the economy and increasing government spending amid the COVID-19 pandemic will have “significant” and maybe even “unprecedented” negative effects on the economy, according to economist Donald J. Boudreaux.

Speaking to The Epoch Times at the inaugural conference of the Brownstone Institute in Hartford, Connecticut, on Nov. 13, Boudreaux explained that economists cannot clearly quantify just how much the ongoing lockdowns and government stimulus programs will impact the economy.

However, the economist said he believes the efforts devoted by governments worldwide to mitigate the CCP (Chinese Communist Party) virus have outweighed the danger of the virus itself.

“I think it’s impossible for anybody, a lot of economists claim they can quantify it, there are papers out there claiming to quantify it. I’ve always been very skeptical about the ability to do that, to put actual dollar figures on it but it’s going to be massive, you cannot shut down the world economy, huge chunks of the world economy, without expecting significant negative effects,” said Boudreaux, who is a professor of economics at George Mason University.

“Everything has a cost. The more government spends, that means there are fewer resources remaining for the private sector to use. So I don’t have a number but I do have a term: massive, gigantic, maybe even unprecedented,” the economist added.

In the United States alone, Congress has passed more than $4 trillion in fiscal and monetary support to respond to the pandemic and the economic effects of lockdowns.

Some, including the Joint Economic Committee (JEC) Republicans, believe government assistance programs and policies are contributing to the decline in employment activity among able-bodied Americans, which is further exacerbating inflation levels.

But Treasury Secretary Janet Yellen said Sunday that the COVID-19 pandemic itself is a key factor in rising inflation and that controlling the virus is paramount to getting inflation levels down.

In the United Kingdom, a year of COVID-19 lockdowns cost the economy $337 billion, with the highest losses—amounting to $70 billion of lost activity—seen in London, according to an analysis by the Center for Economics and Business Research published in March.

‘This Disproportion Is Inappropriate’

In August, AMP Capital chief economist Shane Oliver said lockdowns put in place to stop the spread of the CCP virus in Australia had cost the economy at least $12 billion over just two months. However, the global investment manager chief economist noted that the financial costs had delivered major health benefits.

“We’ve avoided 48,000 deaths on a per capita basis compared to what’s gone on in other countries, so you have to keep all of this in perspective,” he told The Sydney Morning Herald.

Boudreaux said he agrees with his colleague Bryan Caplan, a professor of economics at George Mason University, that there has been an “overreaction” in the government’s response to COVID-19.

“This disproportion is inappropriate. That’s a nice way to put it. I think any sensible person, economist or non economist, thinks that proportion is valuable. And the reaction to COVID, in my view, has been unmistakably far in excess of the risks, the actual risks posed by COVID,” Boudreaux added.

The economist also said he is concerned about the long-term consequences lockdowns will have on society and fears that “we are in for a hell of a stretch now that governments know they can basically do anything they want to us if they scare us enough.”

“The precedent that the lockdowns have set and continue to set for government policy… I think that’s going to be with with us indefinitely. I’m very fearful of that. And I think that will be far more dangerous, [and have] far worse consequences for humanity than the COVID pathogen itself will ever have had,” Boudreaux said.