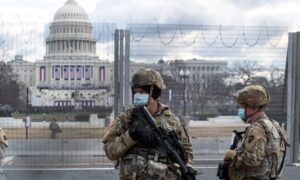 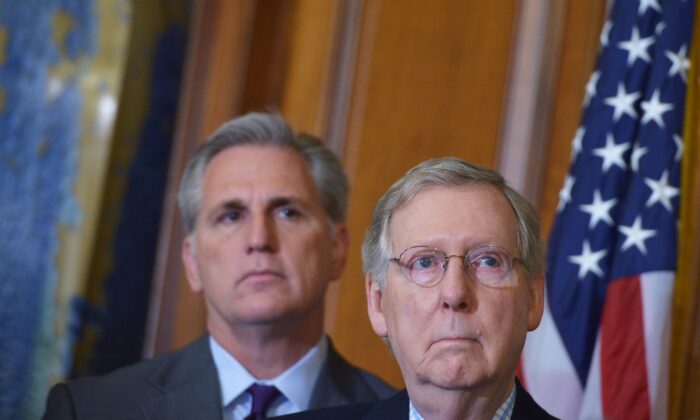 Should the Republican Party Exist Anymore?

Never in my relatively long life have I seen the congressional leadership of one of our two major political parties so out of synch with their voters as the Republicans are today.

And it has come at just the worst possible moment, with the Democrats taking over the country from the media to technology to education to book publishing to canceling people to canceling free speech to reprogramming us all, virtually everywhere and in everything, in a manner reminiscent of the Communist Party of China in 1949.

Indeed, the very first legislation they are proposing in Congress institutionalizes and makes permanent, even extends, the fraudulent maneuvers in our electoral system everyone on the right has been complaining about, assuring the Democrats of perpetual victory, yet we have barely heard anything about it from the Republicans.

(You can and must read about it here. The list of proposals will make you crazy and you will want to do something about it.)

Everything is turning leftward at the speed of sound and the Republicans are standing there like court eunuchs waiting for someone to tell them what to do or, better yet, hoping to be ignored until the whole thing blows over and returns to the status quo ante.

But there will be no status quo ante. We are four-fifths of the way into a one-party state already.

Naturally, Republican voters are steaming, not the least at Senate minority leader Mitch McConnell and House minority leader Kevin McCarthy both of whom have now stabbed Donald Trump in the front and back, making the witticism (attributed to Truman, but who knows)—“If you want a friend in Washington, get a dog”—seem almost quaint.

It is the stodgy “Deep State” McConnell, it is well known, whose reelection as the senior senator from Kentucky was precarious until Trump came down to his state and campaigned for him. Some gratitude!

Now he and McCarthy tiptoe up to impeachment, McCarthy saying Trump should be censured by the House.

The “presenting complaint” (shrink talk for what the analysand first thinks is wrong with him or her) is that Trump was tardy in criticizing the Capitol break-in, the so-called “insurrection,” and should have demanded it stop earlier.

Never mind that the “insurrection” was already taking place while he was still speaking and that in that very speech he called for the protest to be peaceful.

He still should have urged them to stop earlier.

While this was happening I was driving back from Atlanta to Nashville, listening to reporting of the events on Fox News (for lack of a better) on satellite radio.

My first guess, indeed my assumption, was that this was an Antifa “false flag” operation because I had been to over a dozen Trump rallies across the country and had never seen any violence. In fact, they were notable for their lack of the same, given the massive attendance.

On the other hand, I had seen Antifa at work, not only on television but in person. Violence was their calling card.

Was that Trump’s assumption? I don’t know but it’s not impossible.

Now we are being told, Antifa was not there, except for one individual. That may be true, but I find it difficult to trust the source—the FBI—after all we have gone through in the last few years—all the lies about Trump-Russia, the set-up of Michael Flynn.

Moreover, reports are appearing that contradict this view, showing a greater Antifa participation.

Then we had twenty-five thousand National Guard in Washington for the inauguration to prevent putative violence that everyone knew would never transpire. (There was actually very little violence during the “insurrection” itself compared to an average night in Portland.)

The Republican Party, with a few exceptions, has been spineless through all this and continues so as the situation worsens.

Should it be preserved or should there be a new party that actually is in synch with its rank-and-file, the Patriot Party, as some are calling it?

Trump is apparently interested. According to the yellow journalists over at the Daily Mail, that’s just because the now ex-president thinks flirting with a Patriot Party gives him leverage over the Republican Senators for the coming impeachment trial. They’re scared of his popularity with their voters come the next primary, as well they might be.

But I suspect it’s more complicated than that. I think Trump is seriously questioning what to do, which way to go, just as many of us are. The American two-party system has become dysfunctional.

The problem with starting a new party—such as the Patriot Party—is building an infrastructure that could compete with the existing behemoths in this giant land.

Ambassador Ric Grenell, a man I respect greatly and who is quite close to Trump, believes a severe rectification of the Republican Party is the better route and that Trump will ultimately choose that.

As of today, according to an article here at The Epoch Times, twenty-nine Republican senators have now spoken out against the impeachment trial. Compare that with all fifty Democratic senators prepared to vote for the ex-president to be convicted as charged. With Republican opposition grow significantly?

We shall see. Whatever the case, the time has come to think this through clearly and thoroughly before it’s too late. We should have started earlier.