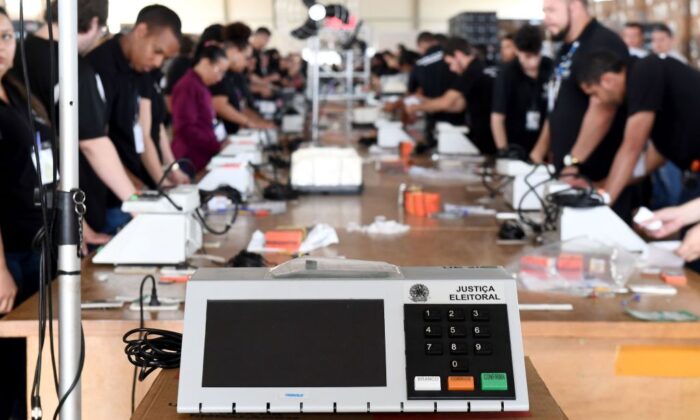 Should Brazilians Place their Trust in Electronic Voting Machines? Part 2 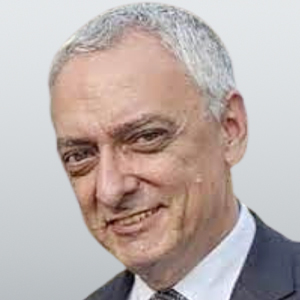 The first round of the 2022 Brazilian presidential election is scheduled for Oct. 2. It will be the seventh national presidential election using electronic voting machines, which are similar to self-service touchscreen devices found at fast food restaurants. Besides Brazil, the other countries that use electronic voting machines nationwide are Bhutan, India, and Venezuela.

These voting machines were introduced to elections in Brazil on the grounds of improving efficiency and saving money. However, there have been several reports of problems with the nation’s electronic system, although these reports are typically discarded.

In 2012, a hacker alleged to an audience at the Society of Engineers and Architects of Rio de Janeiro that he had rigged that year’s local elections by intercepting data fed into the vote counting system. He modified the results in the computer of the regional electoral tribunal in order to favor some candidates without the fraud being detected.

Using the codename “Rangel,” he explains how he had acted to rig the results:

“We accessed the electoral tribunal network when the results were being transmitted, and after 50 percent of the data had already been transmitted we struck. We modified the results, even when the counting was about to be closed.”

In the 2014, Brazilian presidential election, electoral delegates from the capital city of Porto Velho, in Rondônia state, discovered that only the number 13 was appearing on the voting machine’s screen.

According to delegate Evaldo Filho, who was monitoring the voting at the site, more than 20 people had complained that the machine would display only that specific number whenever the voter would type another candidate’s number. The problem was reported to the regional electoral tribunal by members of that polling station and electoral delegates.

As a solution, electoral judge Álvaro Káliz Ferreira explained: “After the first complaint about the machine was made, technicians examined the problem and the system was restarted, so there was no further problem.

“There was no need to change the equipment. Voting continued on the spot.”

Eight years ago, the Federal Department of Public Prosecutions relied on a comprehensive report by academic researchers from the University of Brasilía to report that the nation’s electronic voting system was “flawed and cannot guarantee confidentiality of voting and the integrity of election results.”

The report addressed “vulnerabilities in the program used in those voting machines, with the potential effect of violating vote counting.”

Elaborated mainly by public prosecutor Pedro Antonio Machado, this report also stated that, due to restrictions imposed by the federal electoral tribunal (TSE), these researchers were not allowed to undertake more conclusive tests, thus making it impossible to demonstrate the existence of any further vulnerability to the electronic system.

According to cyber security professor Diego Aranha of the University of Campinas, those researchers were given only five hours to access the source code of the voting software.

In 2018, Aranha was invited by the TSE to participate in official tests of these electronic voting machines. And yet, electoral judges required him to sign a confidentiality agreement prohibiting him from the disclosure of any information regarding the results of that investigation.

He refused to sign the agreement because he believed the results should be made publicly available. But, he eventually agreed to participate as the tests’ researcher coordinator, explaining later in an interview that vulnerabilities were found in those electronic machines.

In a public hearing conducted by the federal electoral tribunal, Aranha watched members of this tribunal claim that at no moment during those tests either the secrecy or the integrity of votes been violated, an assertion that he considers to be a “blatant lie.”

According to him, “the problems are far more serious than the TSE claims it to be.” Upon learning of that interview, the federal electoral tribunal issued a statement claiming that Aranha’s disclosure of security flaws constituted “a threat to democracy.”

Confidence Needs to Be Restored to the Brazilian Electoral Process

On Aug. 10, 2021, the National Congress failed to pass a proposal of constitutional amendment proposal that required the printing of “physical ballots that can be checked by the voter.” This was the third failed attempt to pass an amendment requesting the printing of votes in addition to just electronic voting.

These proposals were rejected by the legislature in great part due to the lobbying of the then TSE presiding judge, Luís Roberto Barroso, an ardent defender of electronic voting machines, who managed to convince enough MPs to reject these constitutional amendment proposals.

Curiously, the nation’s electoral system is explicitly commanded to respect the principle of publicity of the vote counting as per Article 37 of the Brazilian Constitution.

It is therefore, essential for Brazilians to find better and more reliable ways to uphold this constitutional principle by providing better publicity and transparency to their entire electoral process. For the sake of both, paper-based voting should be reintroduced with the counting of votes done on site and immediately after the voting booth closing time.

Although the reintroduction of paper-based voting would make the counting of votes more time-consuming, at least this manual process would deliver more confidence in the results than the electronic system presently adopted in Brazil.

Thomas Korontai
Follow
Thomas Korontai is a Brazilian businessman, journalist, and the national coordinator of Convergências, a coalition of citizens aspiring for the adoption of public vote counting in the Brazilian electoral system. He is also the founder and president of the Instituto Federalista do Brasil.